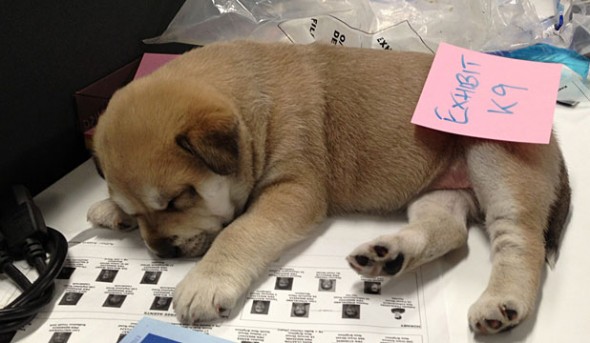 When police in Christchurch, New Zealand recovered a car abandoned in a police chase they found a puppy hiding underneath one of the seats. The two officers who rescued the puppy fell in love with it and she now has a new home with one of them.

On August 24th police pursued a car after the driver failed to stop when asked. After pursuing for some time the officers found the car abandoned. When they searched the car they found a six-week-old puppy cowering underneath one of the seats.

The puppy was kept for a week at the pound to allow her owners to claim it, but no one ever came. During that entire week in the pound the two officers that found the puppy kept coming to visit her. Once the week was up the puppy went home with one of them.

“They were fighting over it, so they might have tossed a coin for it, I don’t know,” said Christchurch Animal Shelter worker Brenda Woolley.