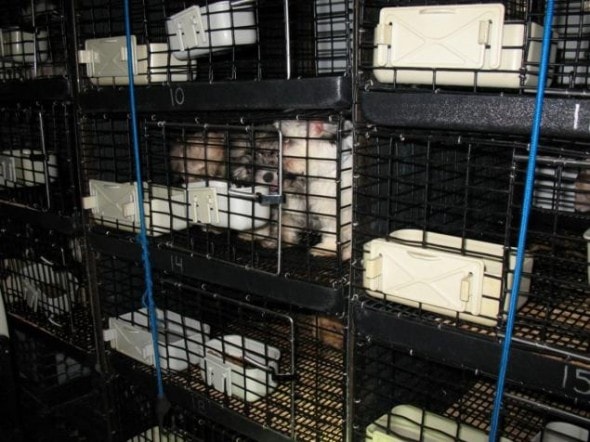 Police closed down a pet store in New Jersey today after a patrol unit noticed a van filled with dogs locked up on the property.  Upon arrival, the police found 67 dogs, many of them puppies, covered in their own filth.  Clearly, this was no place to be storing animals.

Police said that the van was not properly ventilated, and had a barely functioning space heater in it.  The temperature was just three degrees higher in that van than it was outside, and many of the dogs were literally shaking they were so cold. 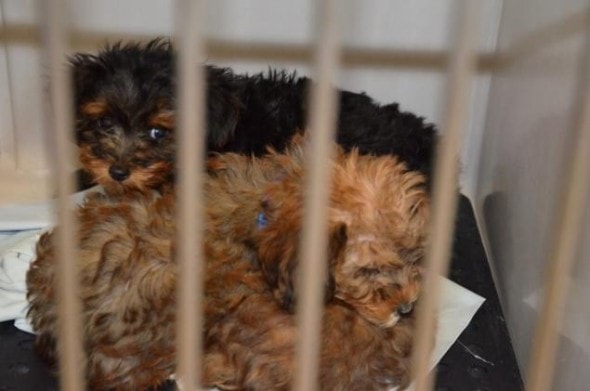 The owner of the business, Vincent LoSacco said that the van was cleaned and temperature controlled.  He blamed the police for opening the door and making it colder in there, and said that the reason they were covered in their own filth was due to the police officers moving the dogs out of their cages.

The dogs were all removed from the property, and taken to an animal hospital to be checked out.  Fifteen of them needed treatment, and another four are remaining at the animal hospital, needing further and more intensive treatment. 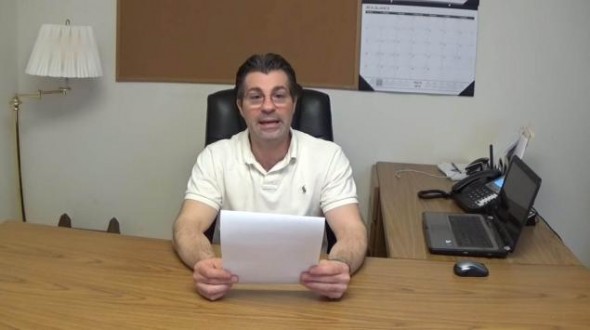 The store has been closed by the Paramus Health Department officials.  There will be a full investigation of the property, and the business owners as well, before any reopening can take place.  Perhaps the least surprising part of all of this story, is this has taken place exactly one week after Mr. LoSacco lost the license for his other location in East Brunswick location.

In fact, Mr. LoSacco has had 267 accusations of animal abuse made against him by the New Jersey Society for the Prevention of Cruelty of Animals.  He’s even had to go so far as to start a Facebook group called The Truth about Just Pets. 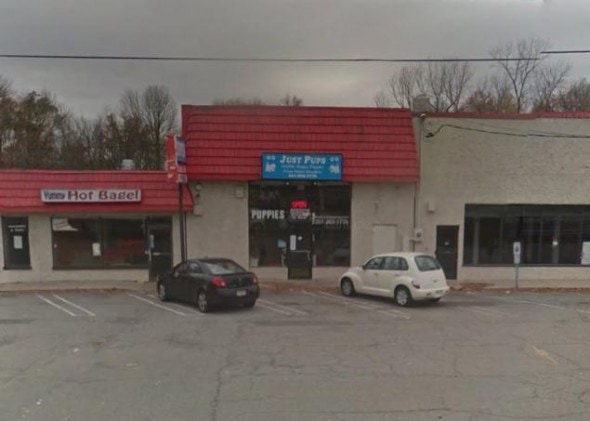 Be sure to check back with Life With Dogs, as we will have more info as it’s released.