Randy Abke believes being in the right place at the right time – possibly through divine intervention – is what allowed him to save the life of a puppy whose muzzle had been taped tightly closed and who had been chained to a slab of rock to die in a creek.  Now the puppy, named Rusty, is doing very well and will soon be adopted by a loving family.

The heroic man and his wife were taking a Sunday walk along a quiet road near their Hempstead, Texas home.  When the road forks, they always go to the left, but for whatever reason, something compelled him to go to the right. 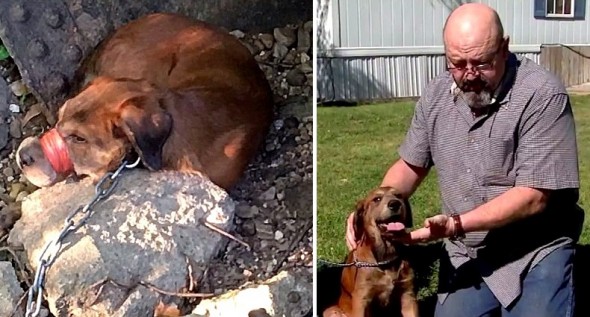 “We never go to the right we always go to the left.  And for some reason I stopped at that culvert – it’s almost like God sent me there.”

They knew they were sent down that path for a reason when they found a six-month-old puppy slowly dying on the creek bed.  He called the Waller County Sheriff’s Department, who responded and unbound the dog from his agony.

Randy posted the photo on Facebook, likely hoping that someone would recognize Rusty and turn in the butthead who did this to him.  A reward has now been offered, and anyone with information is being asked to contact he sheriff’s department at 979-826-8282. 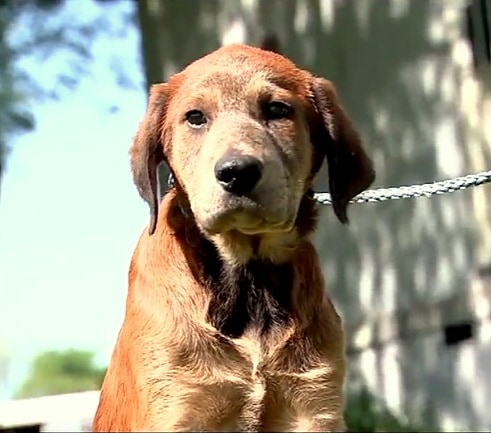 Tonight Randy updated the post to tell everyone how marvelously Rusty is doing, and that one of the sheriff’s mothers is going to be adopting him.

“I’m a firm believer in what goes around comes around,” Randy explained.  “It may not get you today, it may not cost you today, but before you face the good lord, you’re going to get yours.” 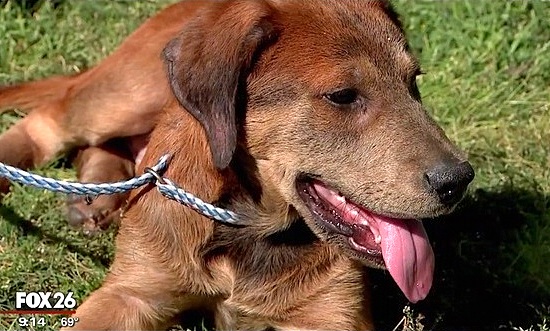