Firefighters say a that a dog led them through a smoke filled residence to a sleeping teen as his home was consumed by fire.

Sparked by a gas main, the West Jordan, Utah residence went up in flames just before 3 a.m. A mother and two of her three children were able to escape the blaze, but a 19-year old lay soundly asleep in the basement, unaware of the fire spreading around him.

Firefighters told reporters that what happened next was an act of heroism:  a toy poodle named Ted, the family’s dog, led them to the boy when they entered the building in search of survivors. As they approached him, Ted ran to a nearby stairway. Following his lead, firefighters watched as he made his way from one landing to the next, looking back and waiting for them to catch up. When they reached the bottom of the stairs the faithful pet ran to the boy and sat beside him expectantly, waiting and watching as he was rescued. 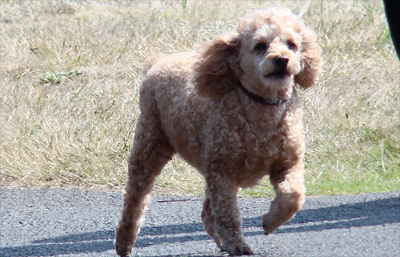 “They went inside the dog was there, he went down the stairs and waited at the landing, they went down to get him and he kept going down to the next landing and they got to the bottom and went right to the boy,” said West Jordan Fire Batallion Chief Reed Sharman.

Because the dog acted so quickly, the young man only suffered minor smoke inhalation and did not end up in a hospital. Damage from the fire was estimated at $40,000 or more.