A pregnant Kami Klingbeil was expecting her dog Delia to deliver puppies two days before her own due date, but as all births go, nothing happens as scheduled. The expecting mother and pet owner had no idea the puppies and her son would be born on the same day. 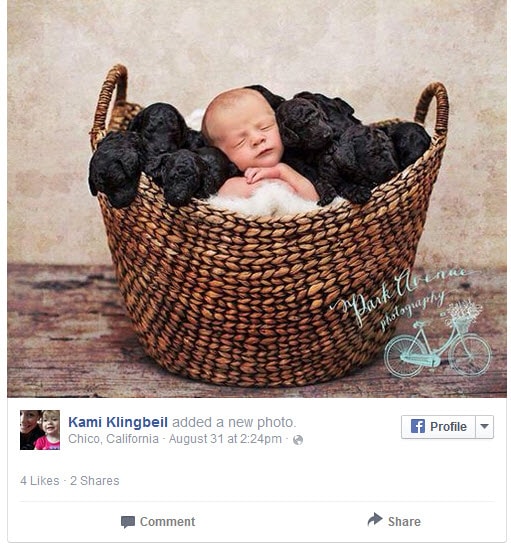 Once Klingbeil arrived at the hospital in active labor, her father called to let her know Delia too had gone into labor.

To commemorate this special day, Klingbeil arrange a newborn photo shoot for her handsome son and the sweet puppies. 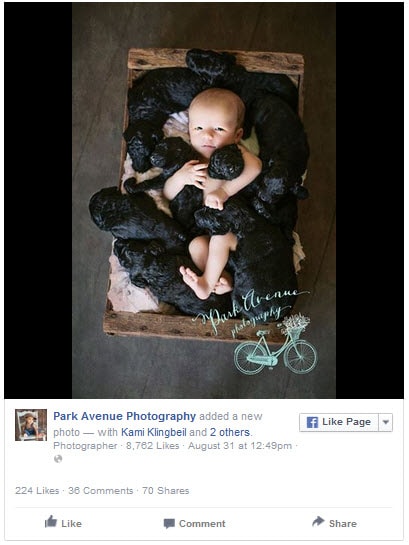 Klingbeil said her baby was not enjoying the photo shoot but once the puppies were cuddling with the baby, Brydon had a blast.

The dog owner is keeping one of the puppies and has already found homes for the other eight. She hopes to do a follow up shoot with all dogs when all babies hit six months and a year.