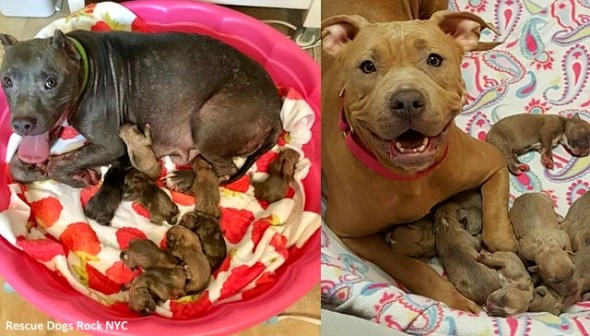 Pocahontas and Queenie are two of five dogs that were living alone on a property, their owner not even around to care for them.  Both were pregnant and saved by Rescue Dogs Rock NYC just before they gave birth.  Now the mamas and their puppies are doing well!

Three of the dogs lived in a flooded basement, and two in a backyard shed.  They were likely bored, lonely, and incredibly anxious, as they had no idea when their next meal was coming. 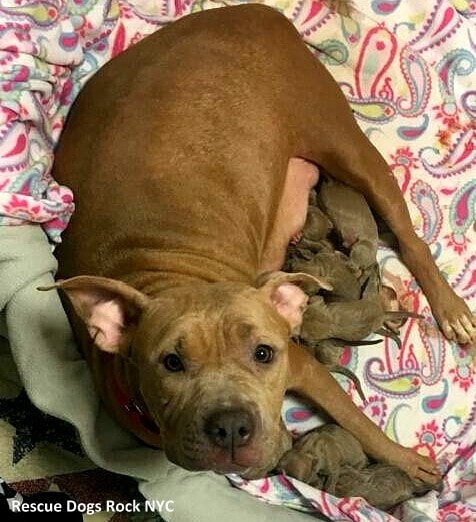 “They have no human contact and get fed when someone shows up, which is approximately three times per week,” Stacey Silverstein of Rescue Dogs Rock NYC told The Dodo.

Even though they obviously didn’t care much about the dogs, the owner didn’t want to give them up, but agreed to relinquish the heavily pregnant Pocahontas.  Soon after her rescue, she gave birth to 12 puppies, and 8 of them survived.  She has been a wonderful and attentive mom to them. 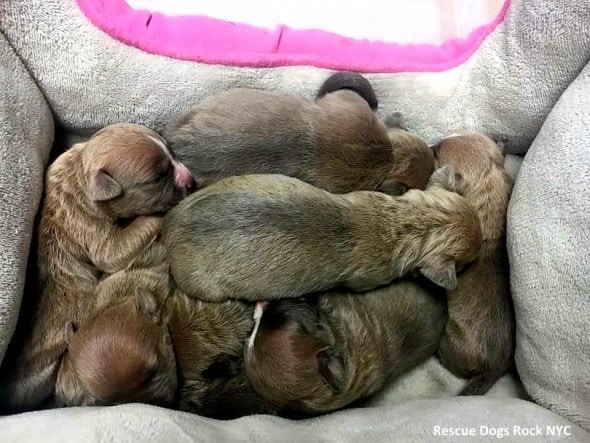 In the meantime, Rescue Dogs worked to save the other dogs.  They put their efforts into taking in Queenie, Pocahontas’ mom.

“We were able to remove Queen shortly thereafter and she went directly to our vet in Brooklyn where it was discovered that she was pregnant as well,” Silverstein said. 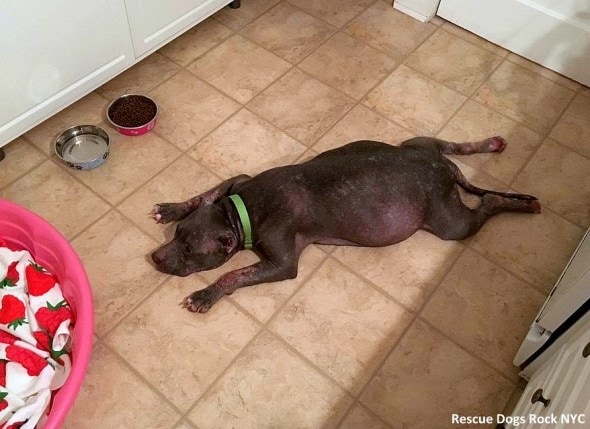 A week into foster care, Queenie gave birth to 13 puppies, with 12 surviving (6 boys and 6 girls).  Just like her daughter, she has also been a very devoted mother to her pups.

“Both dogs are amazing, loving, sweet, affectionate and gentle,” Silverstein said. “We have been unsuccessful to rescue the others but we are still trying.” 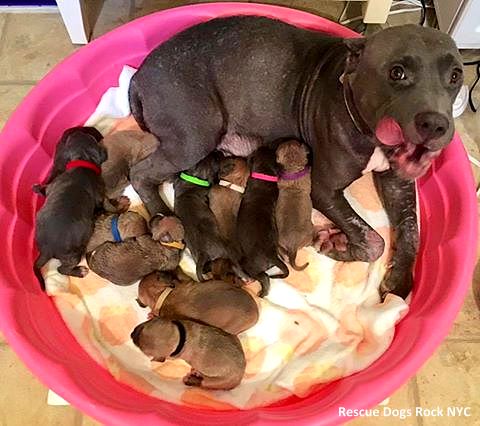 All the puppies are doing well in foster care.  When they are old enough, they will be available for adoption, and hopefully never know anything but love and happiness.

“Queen and her babies are doing well this morning… their sniffles appear to be better already after their second dose of antibiotics,” their foster mom told Rescue Dogs.  “Their new, taller whelping box is coming today, [and] not a moment too soon since Prince William is climbing OUT of the pool on his own already!” 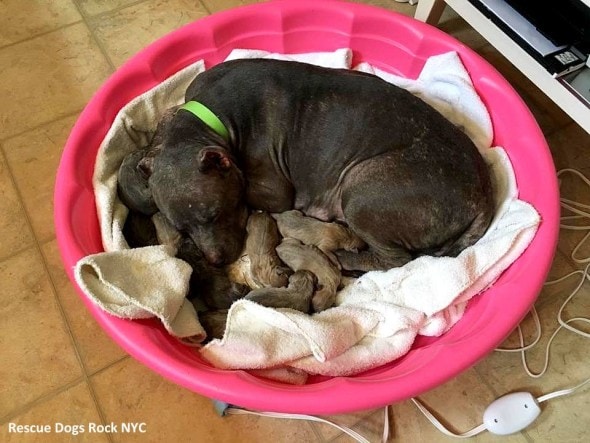 To see what happened to Pocahontas next, click here.