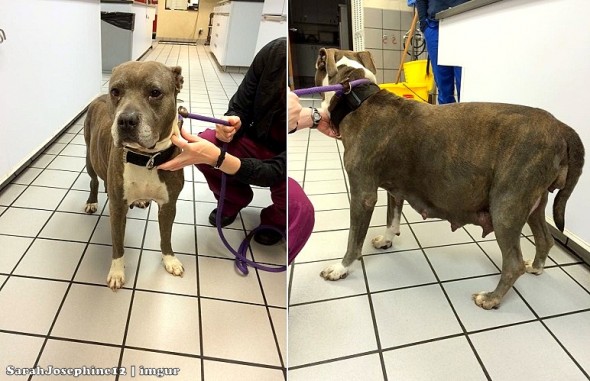 Folks in Richmond, Virginia are calling it a Christmas miracle that a heavily pregnant dog, discarded in a dumpster like common trash on a freezing cold night, was taken in hours before giving birth to seven healthy puppies, and that’s why they’re calling her Mary.

Officer Muller of Richmond Animal Care and Control responded to a call on Sunday about a dog in a dumpster near an apartment complex.

“We unfortunately see horrible things all the time, but this one really takes the cake,” said Christie Chipps Peters, director of RACC. “It’s a level of cruelty that should be abolished.” 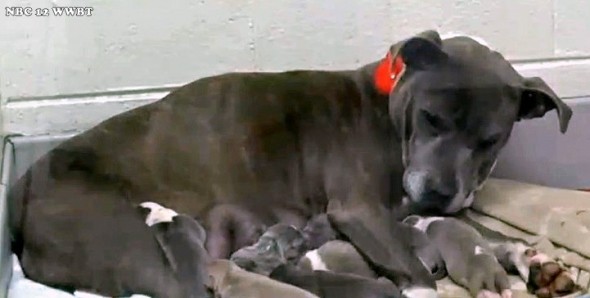 Though they’ve responded to calls about dogs being ditched near dumpsters, this was the first time they had to get in to retrieve one.  It wasn’t until the officer was inside that they saw the middle-aged dog was very pregnant.

“When we picked her up, she was enormous and already dripping milk,” Peters said.

She soon gave birth to seven puppies, all of whom are healthy and feeding like champs.  They will go to a foster home together for at least six weeks, and then they will all be up for adoption.  Everyone wants puppies, but hopefully someone will take in Momma Mary as well.  (Shaleigh Reinee suggested the name Mulligan – “for her rescuer, Officer Muller, and for getting an extra shot in life.”) 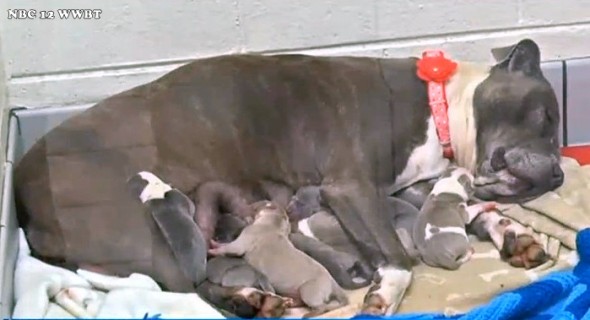 An investigation is being conducted to determine just who would be cruel enough to toss her in the dumpster and close the doors before walking away.  Judging by the collar she was wearing, she likely lived on a chain outside and wasn’t treated much better before this.  Being dumped might have been the best thing that happened to her – it’s just a good thing someone knew what happened and called the police!

“The most horrible part is if the trash man came and emptied the dumpster. In addition to… it’s so super cold at night,” Peters said. “We don’t know what could have happened to her. We’re glad our officers were able to save her.”

Anyone who has information or is interested in adopting any of these fine dogs is encouraged to call RACC at (804) 646-5573.

“It’s a blessing all around, because oftentimes we don’t have a super win. We’ve had a super win with her.” 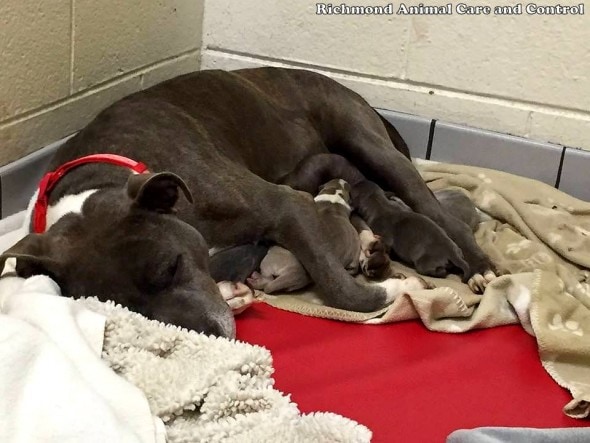