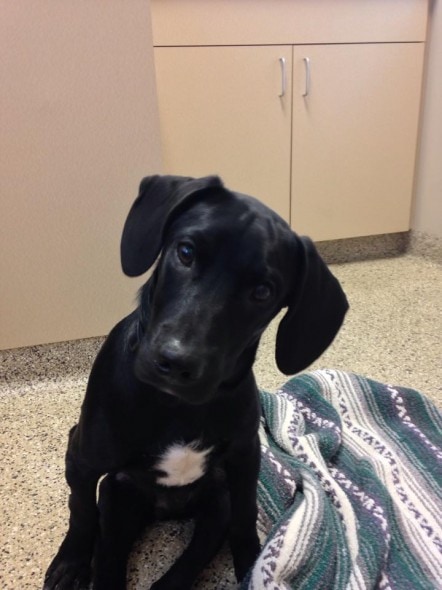 A month ago a puppy named Dodger was found dragging his hind legs along a highway in Missouri. He had been shot in the back and now after surgery and therapy the 4-month-old puppy is able to stand again.

In September Dodger was found after being shot in his back at close range with a pellet gun. The pellet was still lodged in the young puppy’s spine. A Good Samaritan found him along the road dragging his back legs and brought him to Open Door Animal Sanctuary. Dodger underwent surgery to have the pellet removed and Open Door has been caring for him ever since.

To help Dodger walk again he has been undergoing water therapy and he is now able to stand on his own, a big step towards being able to walk. It’s also another big step towards him being ready for adoption soon.

The person responsible for shooting Dodger has still not been found. Open Door Animal Sanctuary is offering a $1,000 reward for information about Dodger’s shooting.