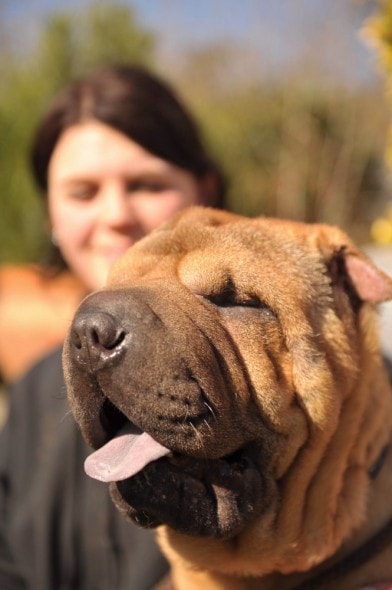 An eight-month-old Shar Pei puppy named Ted is in need of a special surgery. The puppy suffers from a rare condition which causes the deep wrinkles of his skin to rub against his eyes and could make him go blind. In order to prevent him from going blind Ted needs a facelift.

Ted was seized from a home in Suffolk, England and taken in by the rescue Pampered Pets. The staff at pampered pets instantly fell in love with the adorable puppy.

“He loves everybody but his life was being made miserable and we were asked to take him in,” said Jane Lee, owner of Pampered Pets.

When Ted arrived at Pampered Pets he was covered in fleas and had obvious skin problems. They didn’t realize the extent of his issues until they had him checked out by a veterinarian. That’s when Ted’s rare condition and his need for a facelift surgery was discovered.

The surgery will cost around £1,000. With the help of Pampered Pets and hopefully soon a new family Ted will get a better life.

For information on how you can help with Ted’s surgery visit Pampered Pets’ website.