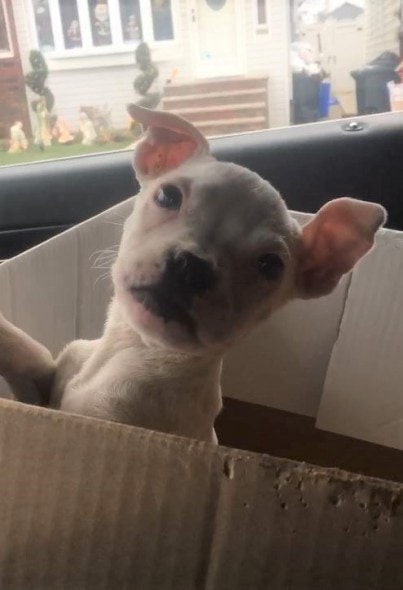 Sugarplum is one happy dog!  Ever since she was rescued, she just has not been able to control her emotions.  However, one could forgive the little dog for being excited after being rescued from a life of who knows what, stuck with who knows who!

According to The Dodo, Sugarplum is no stranger to hardship, uncertainty, and loss.  Since the day she was born her life has been an uphill battle for all intents and purposes.  Having been born into what some would describe a “questionable breeding operation,” she was basically up for grabs to the highest bidder. 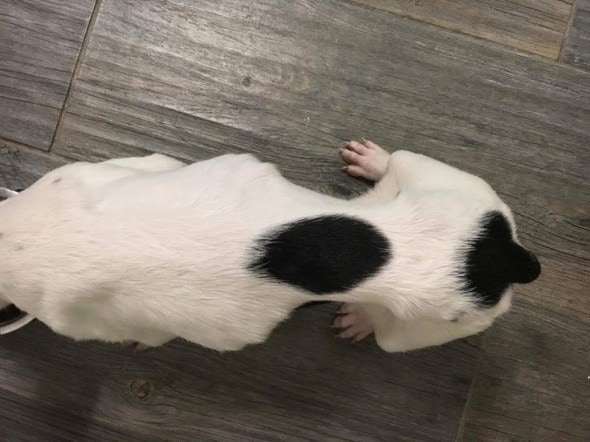 However, when her new family came to the breeder’s home to check things out and to “buy” Sugarplum off them, her rescuers noticed some tell-tale signs of things being more of a puppy mill than a home breeder.

Poor Sugarplum’s feet were stained with urine, and she was insanely underweight.  Here this adorable little puppy is born into this world, and before she even gets a chance to learn how to dog she’s already stuck in a dangerous and unhealthy situation. 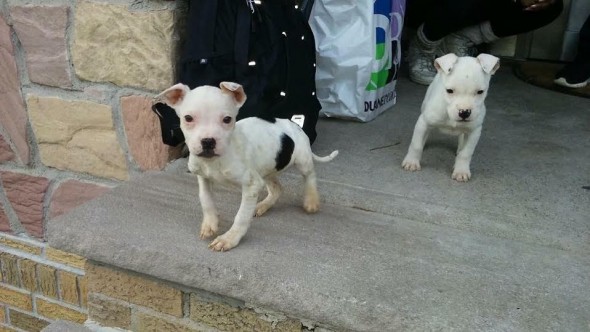 “Somebody sent me a link with two little white puppies being sold on Craigslist,” Jackie O’Sullivan, co-founder of Rescue Dogs Rock NYC said.  “So I reached out to the [seller] to see if we could take them.  He said we could take them both for $350.”

O’Sullivan knew she had to get some help with removing all of the dogs living there as well.  By her estimate, none of the dogs that she saw there were in any form of good shape at all.  There was just no way she could leave them there.  However, when she showed up to get them, the only dog left was Sugarplum. 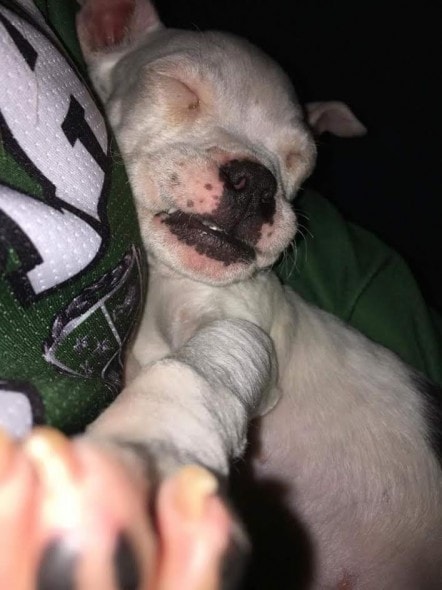 “We saw that she very underweight,” O’Sullivan said.  “Her legs are kind of bent, like she had been kept in a crate.  She was also very hand-shy so she definitely had not been treated well.”

O’Sullivan is fully convinced that the breeder was only in it for the money.  More dogs to sell makes more profits after all… 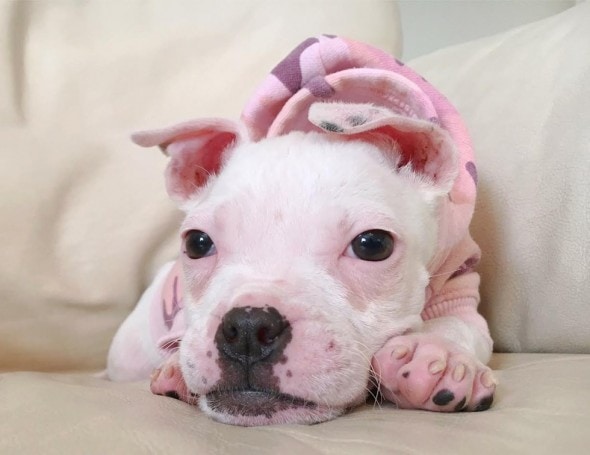 “They don’t care. They just do it for the money,” O’Sullivan says.  “That’s why the puppies are being sold younger and younger.  Because once they’re being weaned by the mom, it’s a lot of work.  “You’ve got to feed them.  You’ve got to clean up after them.  This person obviously didn’t put any effort into their care.” 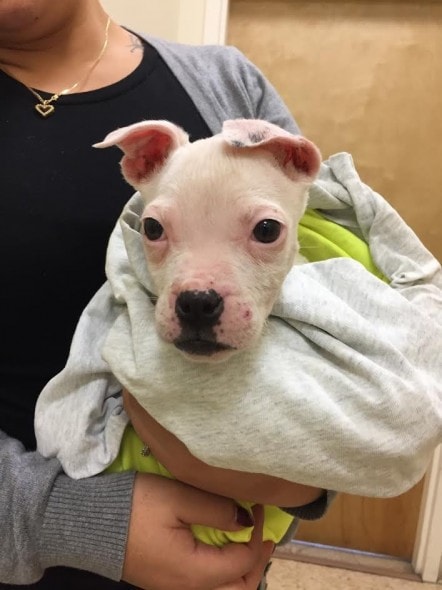