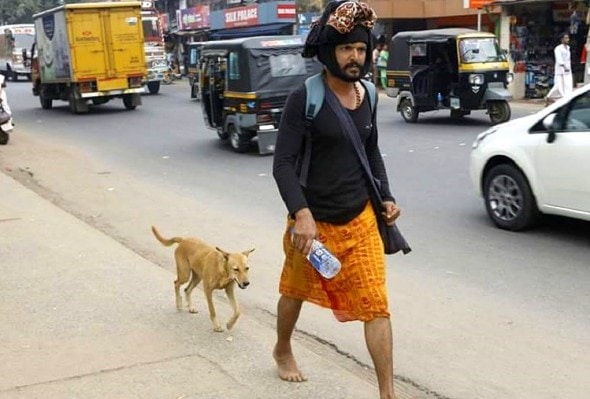 When a man named Naveen set out on a pilgrimage along the west coast of India by foot, he planned to make the journey alone.  He never expected that a small dog would accompany him, but that’s just what happened, and when his trip was over, Naveen brought Malu home with him for good.

The man was on the second day of the sojourn from the Mookambika temple in Kollur to the Sabarimala Shrine in Pathanamthitta when an inquisitive dog began tagging along.  It took Naveen 17 days to walk nearly 700 kilometers (430 miles), and Malu was right there with him almost every step along the way.

“It was after nearly 80 kilometers or so, that I noticed her. She walked towards me from the opposite direction and stopped when she reached right in front of me. I did try shooing her off many times, but she would just not go,” he told The News Minute. 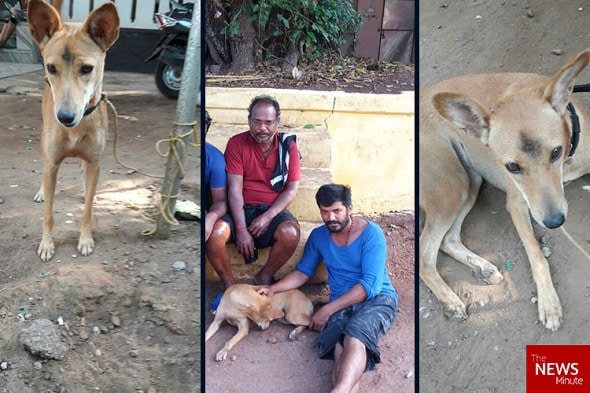 However, she was a bit timid at first, and kept herself a fair distance ahead of Naveen.

“She would regularly stop and look back at me, probably to make sure I was still following her. After a few days, she began to walk behind me, constantly sniffing at my feet. I let her stay.

“After we crossed Kozhikode, I was positive that she would not leave my side. She is a very persistent and clever dog. She would patiently wait for me when I went off to have food or take a bath. She would safely guard my thirumudikettu (bag of articles for worship) and sleep beside me at night.” 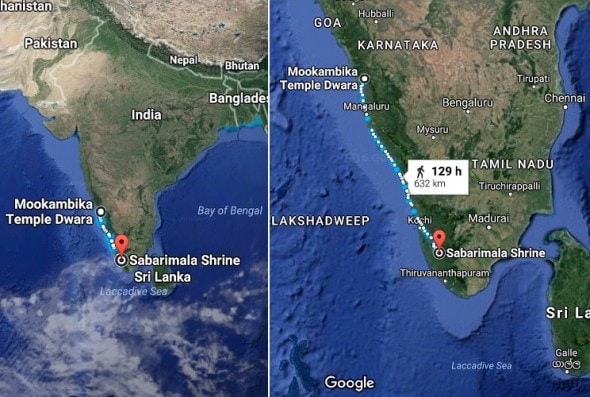 One morning, Malu even acted as an alarm to get him moving.  Beginning at 3 am, Naveen walked an average of 30 miles until he reached a temple to spend the evening.

“My phone’s display had stopped working and I had overslept that morning. She tugged at my mundu (garment worn around the waist), and repeatedly barked at me so that I wake up,” he explained.

Naveen never imagined how fond he would become of Malu in such a short period of time.  He was worried when one day she just vanished. 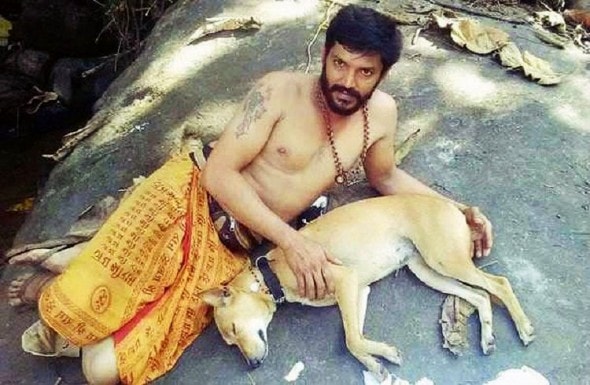 “She was waiting near the steps that lead to the shrine. For the next one-and-a-half days, Malu waited there for my return,” he said.  “A few of the devotees who had accompanied me from Kozhikode called me on my phone to tell me that Malu was standing near the steps, sniffing at every man who passed by. She jumped on me the moment she spotted me in the crowd.”

Once the pilgrimage was over, Naveen took a bus home.  And right alongside him rode Malu.

“The special officer was glad to hear our story and readily agreed to let her on the bus. I bought a ticket for Rs 460 for Malu and she fell asleep the moment we boarded. She did not wake up until we reached home late in the night.”

Malu has earned herself mudra mala (chakra beads), as well as a place in Naveen’s home.