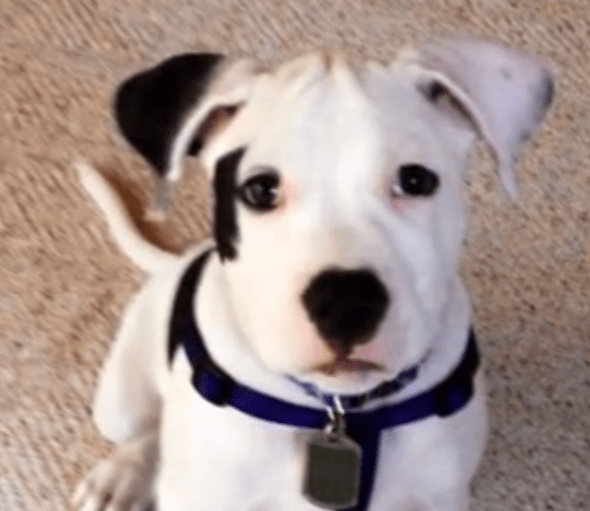 After having their home burglarized on Saturday, a Fort Wayne, Indiana family has been given back the one thing they wanted back the most, their four-month-old puppy Charlie.

On Saturday afternoon, the Snyder family’s home was broken into while they were out shopping. Along with gifts from under their Christmas tree and several electronics their American Bulldog puppy Charlie was gone.

“It was horrible,” said Sheila Snyder. “The whole thing is just absolutely horrible. I mean who would do that?”

While homeowner’s insurance would help replace present and electronics, nothing would be able to replace their missing dog. Snyder was concerned about Charlie’s safety and hoped he wasn’t hurt. She was determined to look for him every day.

Luckily, only a few days later Charlie would be safe at home. On Tuesday night he was anonymously dropped off at the Fort Wayne Animal Care and Control. A microchip scan linked Charlie to the Snyders and on Wednesday a very happy reunion took place.

“This is so exciting,” said Snyder. “This is like better than Christmas presents under the tree.”

Charlie did not stop wagging his tail and jumping on his family, clearly happy to see them again.

1 thought on “Puppy Stolen with Christmas Presents Reunited with Family”