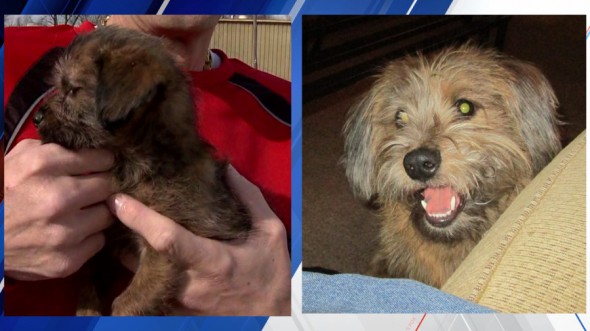 In February we brought you the story of Garby, the six-week-old puppy rescued moments before being crushed to death by a garbage truck in Muncie, Indiana. Collector Michael Upchurch saved his life and adopted him, and several months later, the pup is thriving.

Upchurch was working when he heard whimpering and and demanded the truck stop. He plucked a nearly frozen puppy from a garbage bag and brought it into the cab, where he cranked up the heat.

“I think he knew he was hurting, and when I got him in there and he kissed me on my cheek, it was like, ‘Woo — I’ve got to have this little fella,’” Upchurch said. “And we’ve been buddies ever since.” 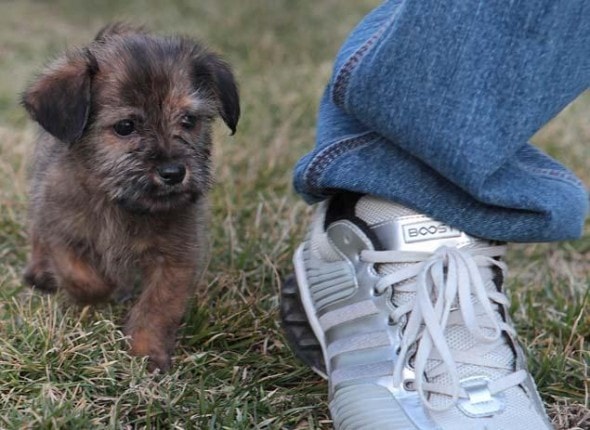 He took the little guy to a vet and adopted him. Now Garby has become a local celebrity with his own Facebook page full of photos and videos, and will be the spokesdog for some of the new dog parks being opened in the area.

Shemika Robinson, the woman who threw Garby away, claiming that she thought he was already dead from parvo, was sentenced to six months in jail and will have to serve 50 hours of community service.

No thanks to Robinson, Garby is thriving in his new home. He is loved very much by his family, and spends his days playing and making new friends.

“He’s very energetic,” Upchurch said. “That’s the most playful dog I’ve ever seen in my life. That’s all he wants to do, from get-up time to the time we go to bed, he’s wanting to play. He’s wanting to play when you’re putting him to bed, even. He don’t wanna quit.”