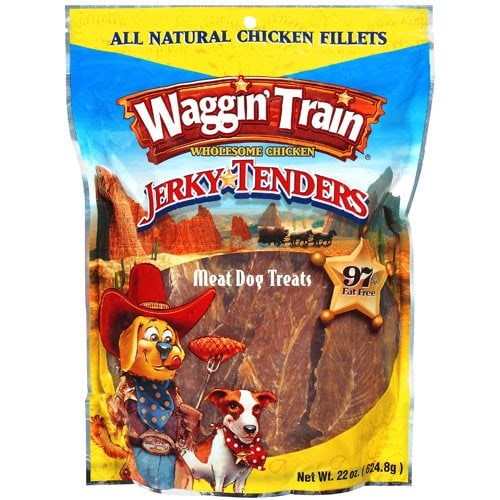 The poultry antibiotics have been approved through European Union and Chinese regulations, but not by the US.  Both companies said the treats do not pose any risks to pets, but are still pulling them from shelves, since they obviously should not contain antibiotics.  Even though there are no known risks, the fact that they were detected in samples of the treats by the New York State Department of Agriculture makes them unable to meet US standards.  Milo’s kitchen said the chemicals “should not be present in the final food product.”

US federal regulators are also looking into the numerous complaints that jerky treats, particularly chicken strips, are making pets ill, and even causing many to die.  So far, 360 deaths have been reported, as well as thousands of illnesses.  The chief complaint is kidney failure.  Other symptoms include vomiting and diarrhea.

Though the complaints number in the thousands, the FDA has been unable to conclusively link any one treat, chicken jerky or otherwise, to pet illnesses.  This may be partially due to Chinese companies’ unwillingness to allow for more comprehensive testing.  The fact that the treats are allowed to be sold despite the refusal for more stringent regulations is unsettling to many pet owners.

As always, pet owners are reminded to be wary of what they are feeding their pets.  Even many supposedly American-made treats are misleading – the packaging may be manufactured in the US, and the treats produced elsewhere.