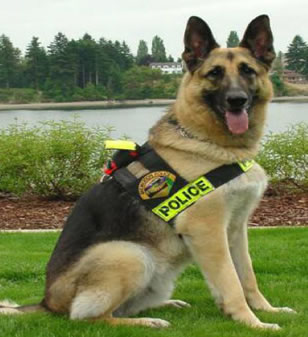 A Clackamas County police dog is credited with tracking down a driver after he fled from a crash in Oregon on Tuesday evening.

The driver, 36-year-old Erik B. Sharp, smashed into a utility pole and left a 36-year woman trapped in the car.  The dog found him after a two-hour search.  Fire crews rescued the woman from the car.  The man and woman were both treated at Mount Hood Medical Center.

Sharp was charged with reckless driving, hit-and-run and driving under the influence.