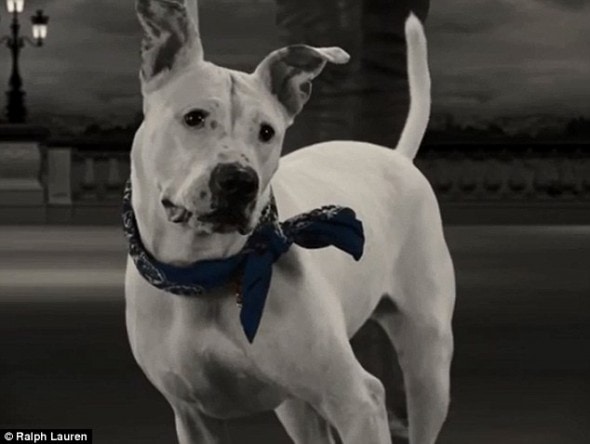 A new campaign from Ralph Lauren stars shelter dogs and is helping to promote adopting shelter dogs. Since the ad was posted online each of the dogs featured in it have found a home.

David Lauren, the executive vice president of advertising, marketing and corporate communications for the brand says dogs have always been a part of the DNA of Ralph Lauren.

“Since we first started running ads, you would see full-page ad that just show dogs,” said Lauren. “We wanted to find a creative way to bring our love of dogs to the internet age.”

To do that Ralph Lauren teamed up with the ASPCA to create this online video campaign titled “The Dog Walk.” It features Ralph Lauren’s fall accessories collection, but the other star of the campaign is actual shelter dogs in need of good homes.

In addition to featuring shelter dogs in the ad, ten percent of the proceeds from the purchase price of selected accessories featured in the film will go to the ASPCA. They have also included information on donating to the ASPCA and adopting shelter dogs on their website to bring awareness to their customers.

Ralph Lauren’s promotion of shelter dogs has already helped find homes for all the dogs featured in the ad. Ralph Lauren has posted on their website about all their four-legged models and where they are now.