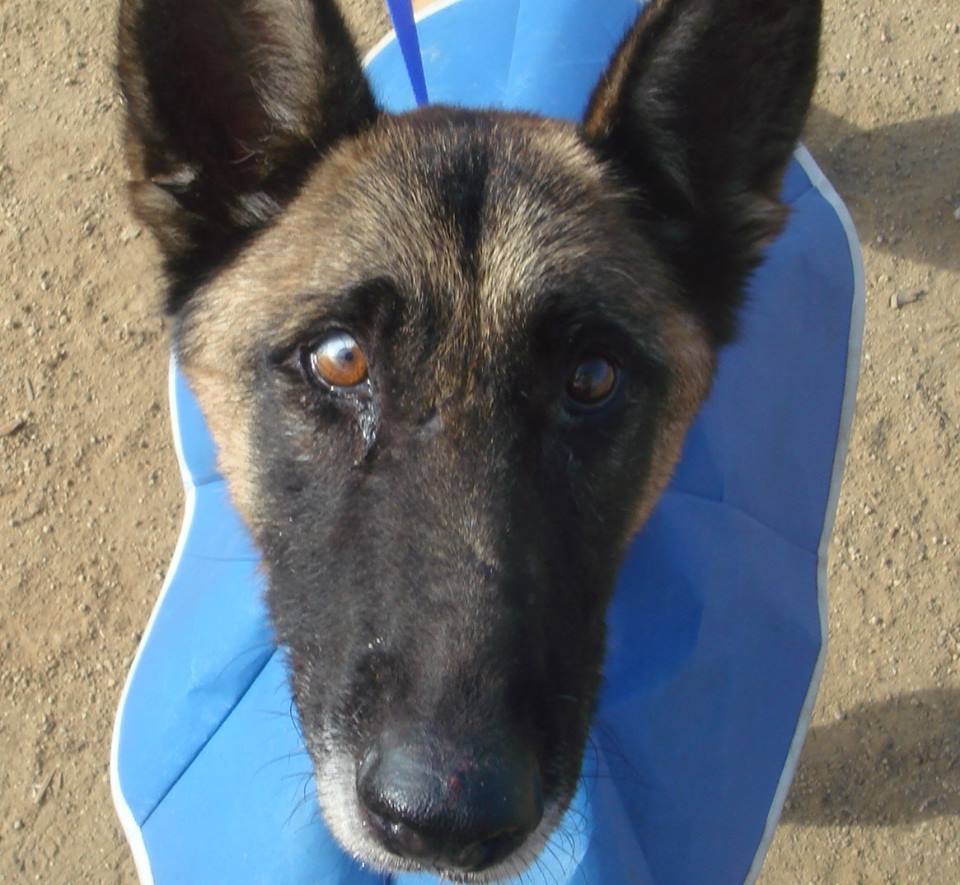 Rambo was found by a good Samaritan who contacted Westside German Shepherd Rescue of Los Angeles asking for help. It was apparent that he was starving and had been stared for a very long time. He was transported by Westside’s vet for medical care. He is on IV’s and medications because tests show that his organs aren’t working properly, which is typical of starvation. He loves everyone he meets. He is eating on his own and getting stronger as each day passes.

The rescue gives updates on Rambo’s progress at Facebook.