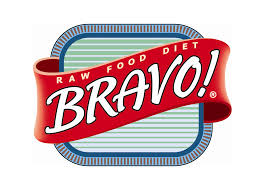 Bravo, a Connecticut based raw pet food manufacturer, is recalling two of their dog and cat food formulas after both tested positive for listeria, which is a food-borne bacterium that is potentially deadly.

The food does pose a potential risk for pets, but also for humans that do no thoroughly wash their hand after handling the food, according to the FDA.

Mostly, a healthy pet has little to nothing to worry about from listeria.  However, it could cause a potentially fatal infection in humans.  It is particularly dangerous to older adults, pregnant women, and adults with weakened immune systems according to a CDC report on the bacteria.  People infected may show signs of fever and muscle aches, GI problems, stiff neck, confusion, loss of balance, and convulsions.  Pets becoming ill from the bacteria will show similar signs.

There has been a “limited number” of reports coming into Bravo with dogs experiencing nausea and diarrhea after eating the food.  There have been no cases of human illness as of yet.

If you have any of the food in question, do not feed it to your pet.  It’s recommended that you dispose of any you may have by putting it in a sealable container, and place it in a closed garbage container.  There is more info about any possible refunds, and more information about Bravo’s recall on their website.  You can visit www.bravopetfoods.com for more.

The FDA posts news releases for food and drug recalls that are particularly dangerous directly to their website, and also operate an official FDA Twitter feed that’s updated about once a day.  That feed is available at @FDArecalls or twitter.com/FDArecalls.