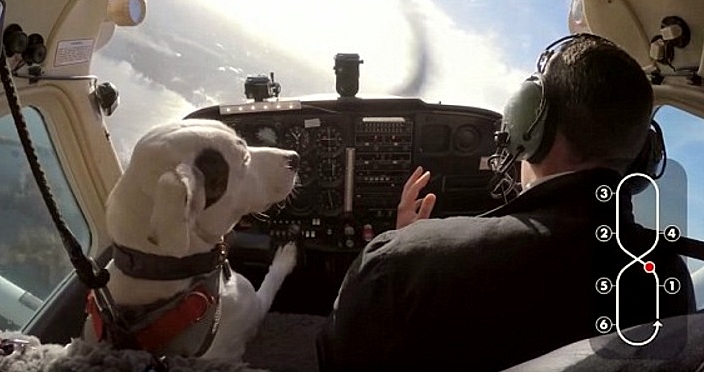 We all know dogs are capable of doing some pretty amazing things – saving their families from house fires, detecting that a child has stopped breathing.  Now one who was just hours from being put to sleep has gone through flight school and become the first dog to fly a plane.

Staffy-Collie mix Shadow was chosen out of thousands of abandoned dogs to be part of the Sky 1 (UK TV channel) series Dogs Might Fly.  He was scheduled to be euthanized just 22 hours before he was selected.

“We set out to show that dogs have extraordinary abilities, and flight was the ultimate test,” explained animal expert Charlotte Wilde. 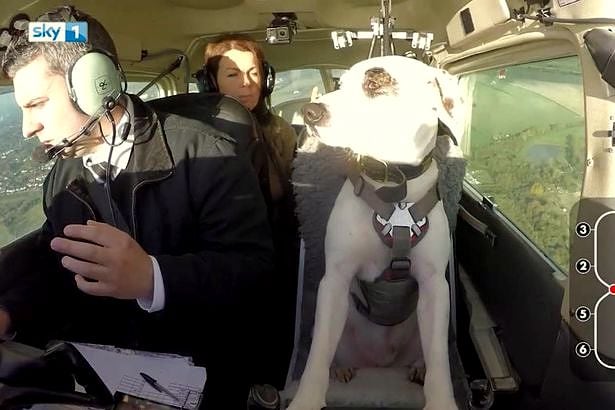 “Each year 5,000 dogs just like Shadow are put down, but through this show we wanted to demonstrate just what remarkable and intelligent animals they are.”

The plane’s controls were altered so dogs could press buttons in response to specific sounds.  World-famous dog trainer Victoria Stilwell was on board with the program to train the dogs taking part in the 12-part series.

When picking dogs, they were looking for those “willing to go the extra mile, to problem-solve and to investigate how to work something out for themselves. That’s the kind of dog you want flying a plane.” 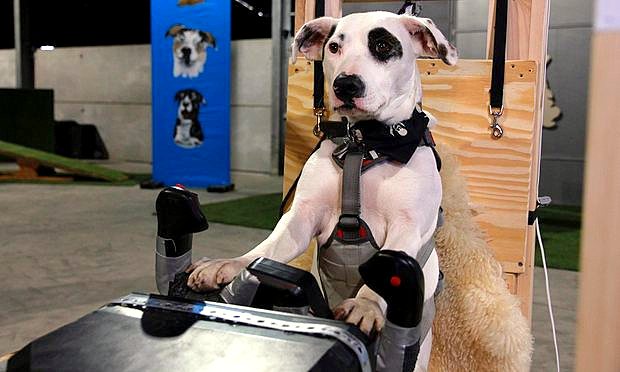 When they weren’t in training, the dogs were able to chill in a very luxurious country home.

“They were treated like royalty,” says Stilwell. “They had the most delicious treats, their own groomer and 24-hour vet care.”

After he was fully trained, Shadow took to the skies.  His co-pilot got the plane airborne and to an altitude of 3,000 feet, and then he took the controls.  Shadow successfully completed a figure eight circuit.

Give a dog a treat, and they can do just about anything! 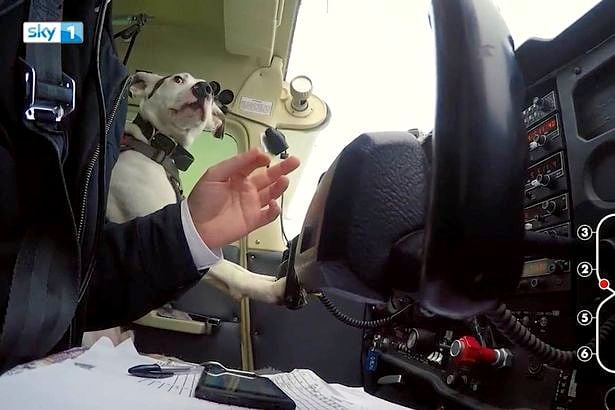