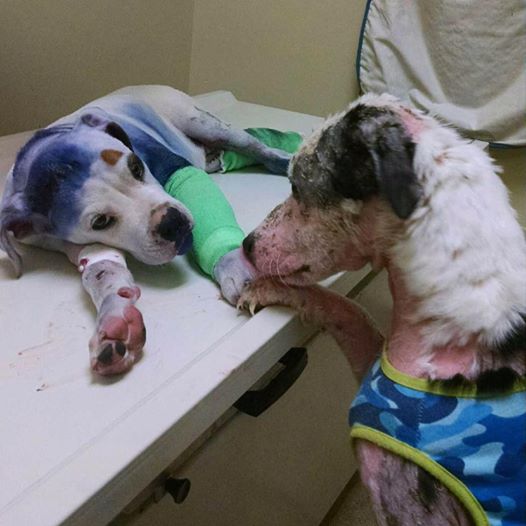 Rescue Dogs Rock NYC has shared a photo of a rescue dog called Simon recovering from a bad case of mange, comforting newly rescued pup Sammie.  Sammie was rescued after being shot, dragged by a car and spray painted.  What makes the photo even more special is the fact that Sammie and Simon are perfect strangers. 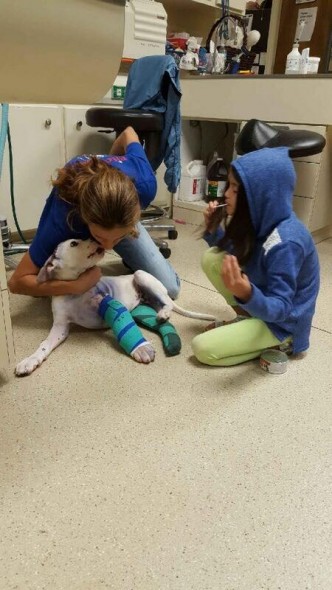 Both dogs were rescued from South Carolina.  Both dogs know just how cruel some humans can be.  However, they seem to know when the other just needed a friend.  It just goes to further prove that animals have feelings, just like we do.  We can learn a lot from this photo… 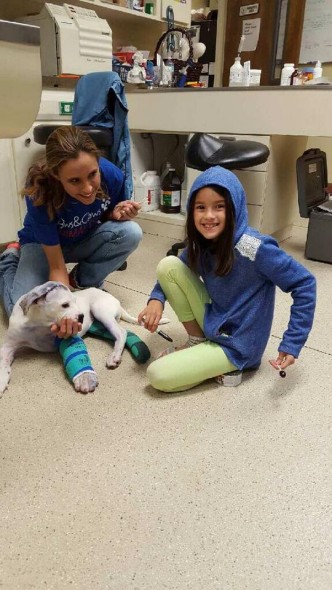 Sammie is doing better now.  He’s undergone a few surgeries, however is nowhere near out of the woods just yet.  He’s survived being shot with a .22 caliber bullet, and the wound from that is now healing nicely according to vets caring for him. 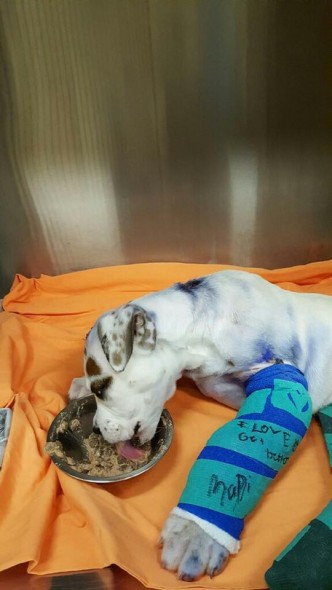 Hopefully, both Sammie and Simon will find that forever family that they both so greatly deserve.