One day each week, South Florida’s news station NBC 6 features a pet in need of a home.  This segment follows the weather forecast, but one little wigglebutt just couldn’t wait his turn, and surprised the weatherman with a deluge of kisses and tail wags.

King of Pooches in Pines was the featured dog on the “Pet of the Week” segment, but he was ready to make his television of appearance ahead of schedule.  He didn’t wait for NBC’s Ryan Phillips to get through his weather report before excitedly jumping up onto the desk. 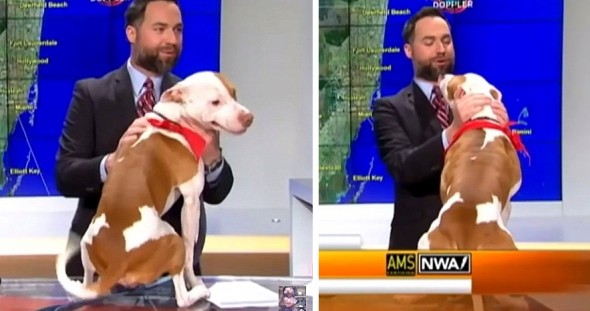 He exuberantly wagged his tail, desperate to give Phillips some kisses.  Flabbergasted, the meteorologist mirthfully rebuffed King’s advances, and tried to maintain some semblance of professionalism while on air.  But having dog treats in his jacket pocket didn’t help his case.

King’s devil-may-care demeanor likely worked in his favor – he was adopted not long after his TV appearance.  Pamela McGrath and David Erickson fostered him, but this goofball eventually melted their hearts and they decided to adopt him.  Now he has two other doggie siblings to romp around with. 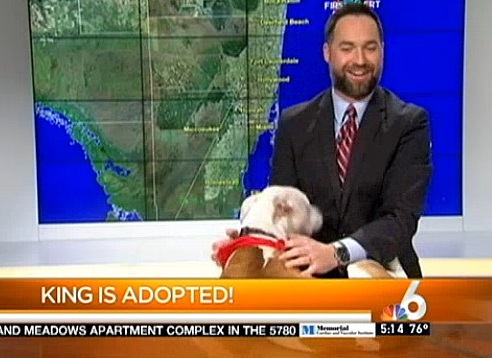