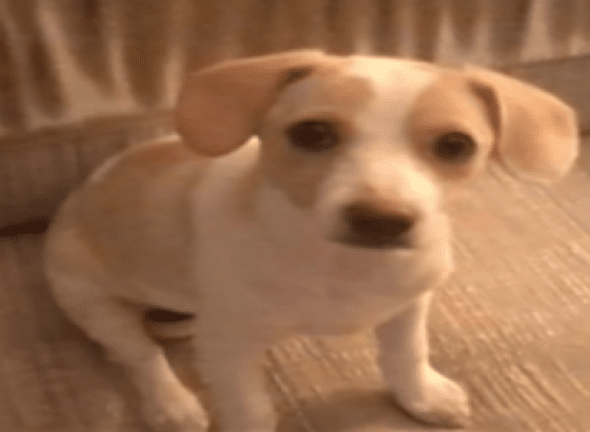 Earlier this month Maddie, a beagle puppy, was adopted by a family in Harpursville, New York. She has already more than returned the favor after saving her new family from deadly carbon monoxide.

Amy Walker adopted Maddie from the rescue Harper’s Haven earlier this month. Maddie is settling in well with her new family, which is why Walker was surprised when Maddie started barking in the middle of the night.

Maddie typically sleeps soundly through the night, but when Maddie started barking Walker woke up and thought the puppy had to go out. When Walker got up to let the puppy out she quickly realized something was wrong. The house smelled of exhaust fumes.

Walker turned off her thermostats and breaker and quickly called for help. The carbon monoxide detector in her home never went off but what Walker had smelled was in fact carbon monoxide filling her home.

“The pipe that comes from the furnace to the chimney was clogged so it wasn’t exhausting the carbon monoxide,” said Walker.  “So had Maddie not woke me up, I don’t know if we would have woke up the next morning.”