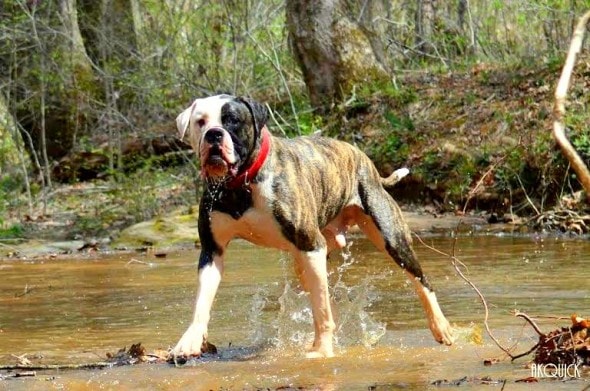 Knuckles is an amazing dog.  At 16 weeks, he was put on Craigslist and rescued from being crated 14 hours a day.  Since then he has been helping other abused and traumatized dogs that his family brings home to foster, and helps raise money for rescue groups.  But Knuckles has found himself badly injured, and needs some help getting back to the playful and loving dog that he used to be.

I first saw Knuckles’ face on a craigslist ad. A family had gotten him and could no longer take care of him and had listed him there to try to rehome him. I’ve always loved American Bulldogs and I just couldn’t get away from his adorable face. I told my husband we had to at least go look at him. When we arrived, we found Knuckles, then only 16 weeks old, being crated for up to 14 hours a day and because he is such a good boy, he was holding it all day and not pottying in his crate, and therefore was suffering from a very severe urinary tract infection. Of course, we took him home. Is there any such thing as “just looking” at a puppy? 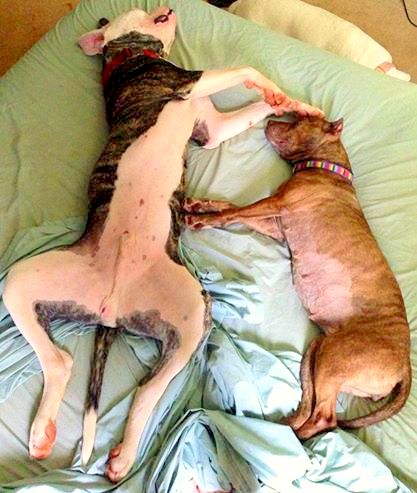 We took Knuckles in and nursed him back to health. My husband and I are both students and in our spare time, we work with foster and rescue dogs and we host community events to raise money for rescue. A few months after we adopted Knuckles, we found an abused and neglected, pregnant pit bull [named Ravioli]. We brought her home to foster her and instantly Knuckles bonded with her and began to encourage her to be less fearful of people and dogs. He shared his bed and toys, and very carefully taught her to trust. He has helped so many dogs in this same way in his two years of life. His happy-go-lucky encouragement has made all the difference for some dogs who would’ve been otherwise nearly unadoptable due to their fear. He has also taken part in several competitions, using his handsome mug to raise money for local rescues!

Right after Knuckles’ second birthday, he started exhibiting acute lameness in his left rear leg. We tried to preserve the leg with rest and supplements, but Knuckles is a big guy and he plays hard! Unfortunately, he had ruptured his cranial cruciate ligament. We took him in to see his vet, Dr. Connolly at Gwinnett Animal Hospital in Snellville, GA and were referred to Dr. Corse at North Lake Veterinary Specialists in Atlanta, GA for an orthopedic, pre-surgical consult. At that consult, we discovered that Knuckles had fully torn one cruciate ligament and partially ruptured the other and would require a Tibial Plateau Leveling Osteotomy on both legs. 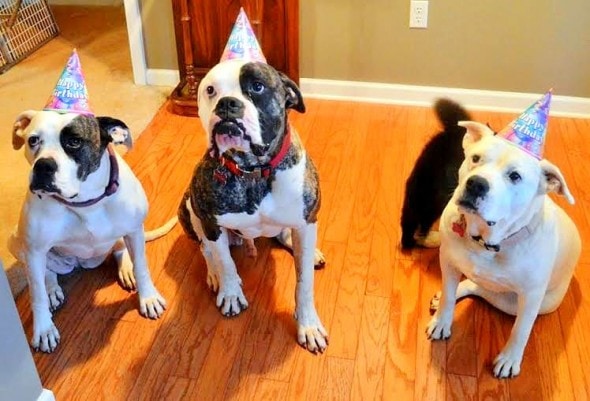 It was devastating news. As you can imagine, as students, we have no expendable funds, much less the thousands of dollars needed to get Knuckles out of pain and back to playing. We are trying to raise the $5,000 needed for the surgeries and any extra that we could use towards physical therapy and rehab afterward. We hate seeing Knuckles in pain and unable to run and play like he loves! He is a great dog that has done so much for others. We just want to give a little back to him!

A little info about my husband and myself: We are Montana, 24, and Amanda, 26, Quick, both students of biology at Georgia Gwinnett College, both veterinary technicians. We have three American Bulldogs, including Knuckles, and two cats. The pit bull we rescued and fostered (Ravioli) and all of her puppies have been adopted. 🙂 We foster new dogs and cats as often as we can. We will do absolutely anything we can to get Knuckles feeling better. 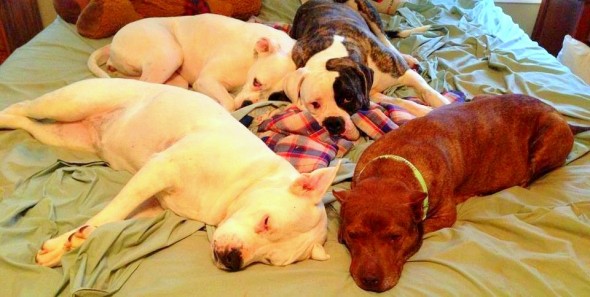 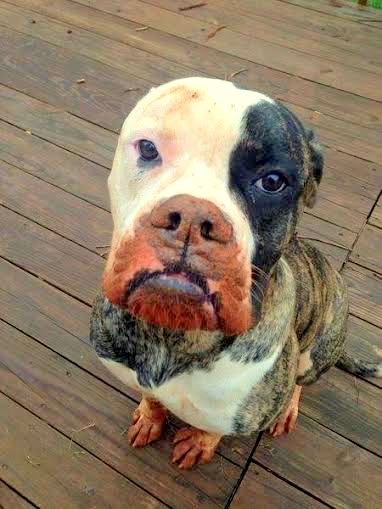