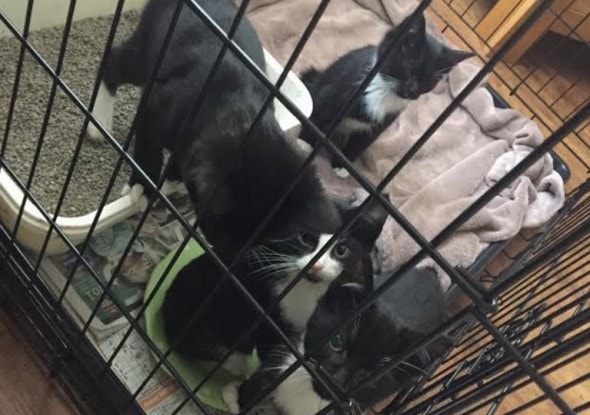 These four kittens were found orphaned and left all alone outside in the cold.  As luck would have it, they were found by a family that has a rescue dog, and the dog has decided to “pay it forward” by adopting them.

They were discovered in the UK, between the cities of Shiregreen and Ecclesfield while Mark Moore was walking his dog Ben.  Ben had noticed something they don’t normally come across on their walks, and just had to investigate. 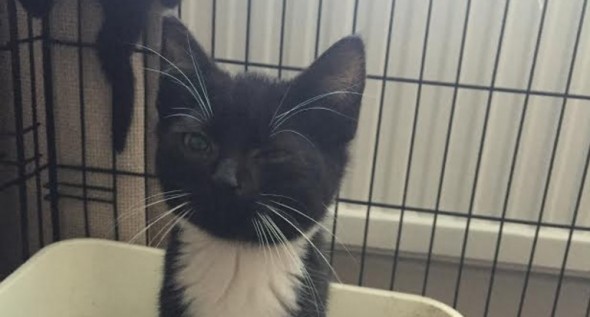 Ben led Moore to where the kittens were.  Cold, shivering and hungry, they were in desperate need of some help.  Moore decided to wrap them up, and bring them home.

Janet Moore, Mark’s wife said, “Ben ran over to the long overgrown grass and the kittens all jumped up.  They were huddled together.  My husband rang me, and I told him to wrap them in his sweatshirt and bring them home.  We got them inside and put them in a pet cage and gave them some food.  They were starving and scared.  Shelters are absolutely overrun with abandoned animals, so I thought I would try and find them new homes.”

For now, the kittens are staying with the Moore family and their new protector, Ben.  Ben, being a rescued by the Moore’s as well, knows just how lucky the cats are to have found such caring people.  Good boy, Ben! 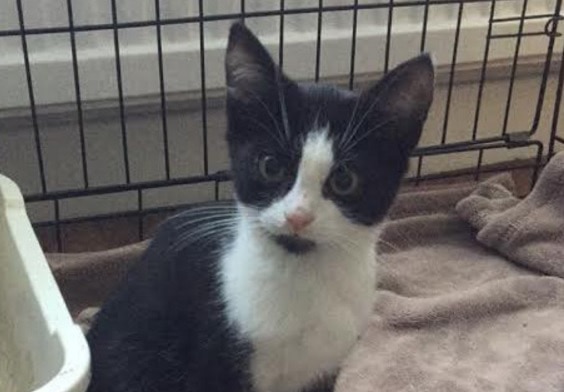