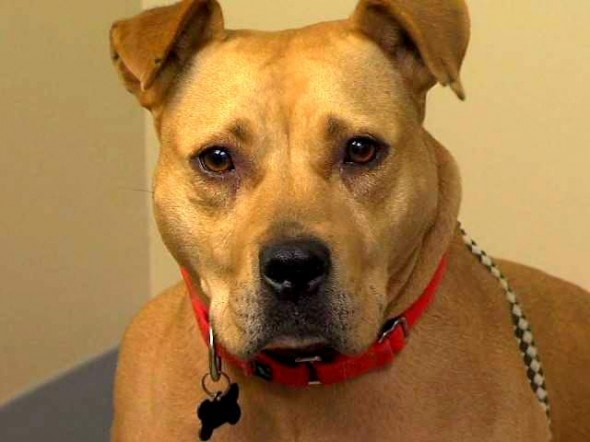 Kansas City dogs that were once bred as fighters are now looking for new homes about one year after their owners were arrested and charged with operating a dog fighting ring.  Though they were trained to be killers, when given the chance to prove they could overcome their traumatic beginning, several of these dogs turned their lives around and now need loving homes.

Melvin Robinson and Pete Davis Jr. are serving federal prison sentences after allegedly breeding, cruelly training, and transporting the animals between Kansas, Missouri, and Texas.  Often they would tie weights to the dogs to strengthen them, force them to run on a treadmill, and administer drugs to make them more aggressive towards other animals.

Robinson and Davis sponsored at least three fights using six dogs.  After investigators followed them in March of 2013, they were arrested before having the chance to hold another fight in Tyler, Texas.  In October, Robinson was sentenced to 10 months and Davis was sentenced with 16.

Many of these dogs are now looking for new, loving homes.  One of the dogs, Chetana, has spent some time recovering and rehabbing at Wayside Waifs over the last year, and is one of the luckier ones.  Some of the other dogs brought to Wayside Waifs from the fighting ring weren’t able to rebound like she has.

“Unfortunately, one was too aggressive to ever be a family pet and be a safe adoption for us. The other one was extremely shy and fearful,” said Sarah Little of the rescue foundation.  “We worked with her for months. She was extremely stressed out in a shelter environment. Both were of those animals were humanely euthanized.” 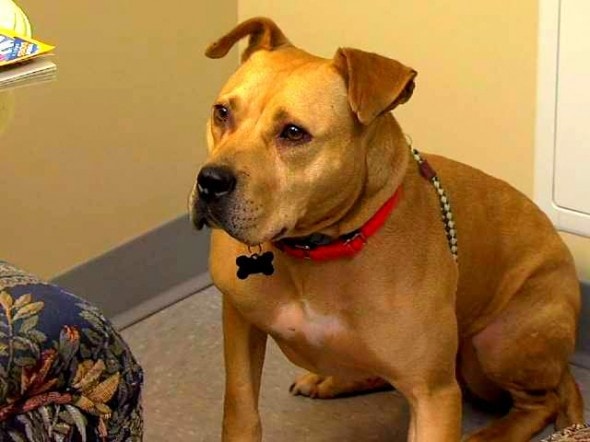 Chetana’s rehabilitation was a long and slow one, often involving a volunteer sitting by her kennel for hours, just spending time with her and giving her the chance to warm up to people who meant no harm.

“Her little world would be her home and her family. We think she would do great with a couple or single person that has a very quiet environment for her,” Little said.

“I will never forget the day she finally came over and started smelling,” volunteer Candy Brown added.

Several of the rescued pups are looking for homes or placement at shelters around the county.  Anyone interested in taking any of the dogs in should contact Wayside Waifs.