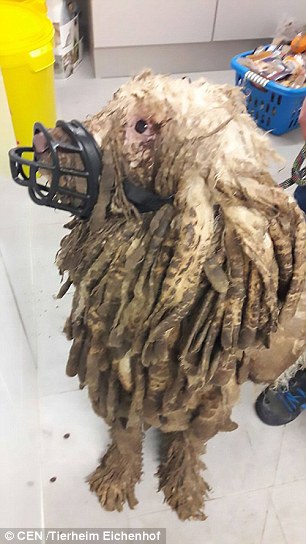 While investigating a neglect case in Germany at a home in the town of Vlotho, rescuers ended up rescuing over 50 animals who were left in “catastrophic condition.”  One of the dogs at the home was so matted and knotted from neglect, the rescuers almost mistook him for a sheep.  Many are calling this one of the worst things they’ve ever seen. 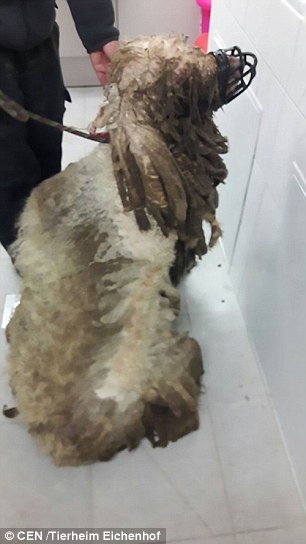 All of the animals have been removed from the property, however the local shelter is already at capacity, so now the rescuers are in a race against time to find both medical treatment and housing for the animals.  The public has been asked for help, and so far, the response has been very positive.

The shelter and rescuers have asked for dog food, shampoo for sensitive skin, shearing equipment and volunteers.  Many of the locals have really stepped up for this poor creatures, and there’s even been a group of groomers that have offered their services free of charge.  Many other people have been sharing the story all over the world, drawing donations from just about everywhere. 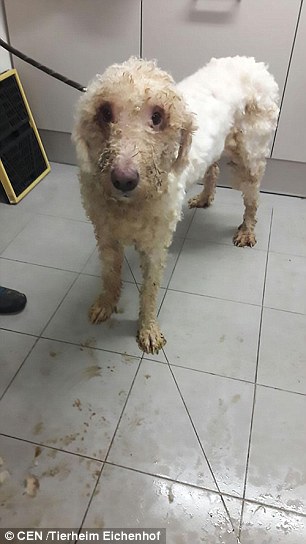 The animals will continue to undergo treatment for the various health conditions they’ve been saddled with.  However, there will be a time when many of these animals will be available for adoption.  Hopefully, people there will step up just as big again, and provide a loving home to some animals that really deserve one.