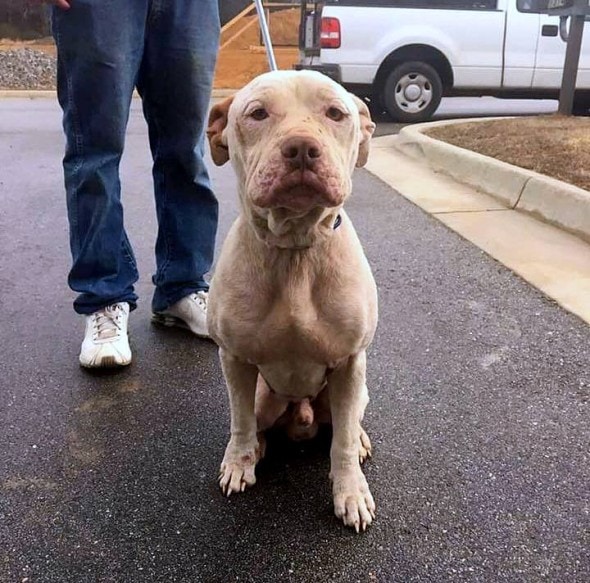 Milo is a classic example of a dog’s unlimited capacity for love and forgiveness.  He was savagely attacked with an axe and left to suffer, but days later he was found sweetly playing with a group of children.  Thankfully he has now been rescued and is receiving as much love as he gives.

Although one would hardly think him lucky while he has a festering wound teeming with maggots, Milo was fortunate to not be paralyzed, as the axe penetrated so deeply that it struck bone.  He must have been in a tremendous amount of pain, but was still nothing less than kind. 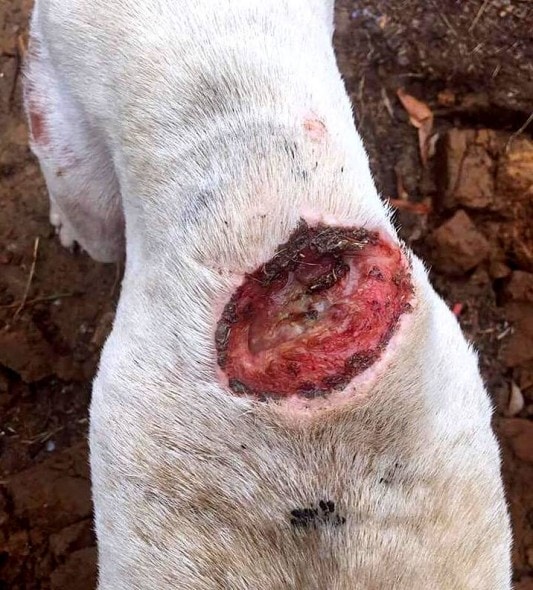 “Milo was found playing with kids in a rural area of Alabama when he was picked up by animal control,” Rescue Dogs Rock NYC said on Facebook.

“We received a frantic call that if rescue was not found for Milo he would be brought to the nearest shelter and be immediately euthanized due to his condition.”

They of course said yes, and arranged to have him rescued immediately.

Now Milo needs intense medical care to treat this injury.  RDR helps many dogs all over the country, and they rely on the generosity of fans to allow them to do this.  If you can help Milo, please CLICK HERE to donate.  If you would like to go through PayPal, you can send money to [email protected].