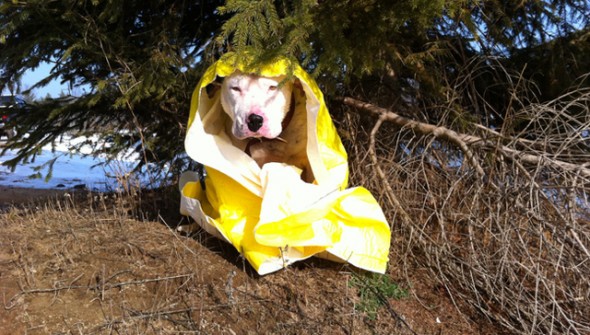 A Michigan dog is alive and well today after falling through the ice of a pond and being rescued on Sunday morning.

A hunter in Geneva Township, Michigan was walking by a pond when he spotted a dog in trouble after it had fallen through the ice. The hunter quickly called for help and South Haven Emergency Service responded to the scene.

When responders arrived the dog was about 150 feet from the shore. He was clearly exhausted and rescuers said he was “crying” out to them.

Rescuers put on ice water suits and crawled out on the ice towards the dog. It took rescuers only around 10 minutes to pull the dog from the water. The dog was exhausted and cold, but otherwise doing well. Rescuers wrapped the dog in a thermal blanket and took him to Van Buren Animal Control to reunite him with his owner.

1 thought on “Rescuers Save Dog From Icy Pond”