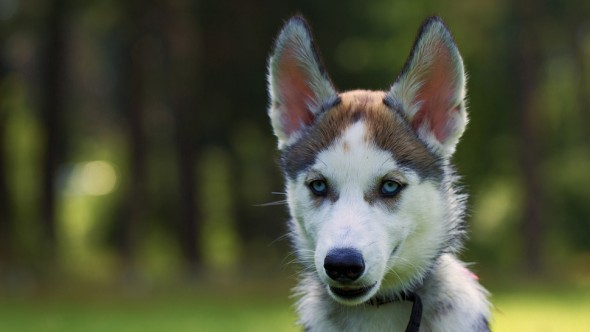 Magnetoreception is a fancy, scientific term that can be summarized as an added “sense” that allows those that have it to observe magnetic fields.  Think of it as a form of vision, like the infrared (IR) vision some insects have.  Recently, researchers in Europe discovered that dogs and some primates can actually detect magnetic fields thanks to a special molecule present in their eyes.

Cryptochromes are light sensing molecules present in the eyes of dogs, as well as bacteria, plants, and even a few other animals.  Not only do there molecules help to regulate circadian rhythms, but also allow for the detection of magnetic fields.  Human beings lack these special proteins, therefore cannot regularly detect magnetic fields in the same manner.  We can still detect them visually, but not without some form of additional aid.

This study from the Max Planck Institute is the first of its kind, and the first to investigate the presents of these molecules in mammals.  They call it cryptochrome-1, and so far it’s been seen in the retinas of 99 species of animals.  Dogs definitely have it, according to the researchers however it was not found to be in other mammal species, like cats.  This same thing was observed in the retinas of some primates as well, such as orangutans.

This is all tied to an animal’s sense of sight, so it isn’t really a “sixth-sense” by definition.  However, this additional form of vision isn’t fully understood.  The magnetic field lines visible to dogs and other species is definitely a very unique thing, but its benefits are unclear.  Researchers estimate that it has something to do with being a visual aid when it comes to hunting, but more information is needed to be certain of this.

The study is ongoing, and there are still many tests to be run before a complete idea on the subject is given.  The full details of the study are available to view on Nature Scientific Reports, which you can click here to view.