Lilly, an eight-year-old golden retriever and rescued dog herself, has decided to adopt a litter of three African Wild Dogs that were born at the Oklahoma City Zoo and Botanical Gardens.  This act of kindness by a dog in adopting these pups as if they were her own are going to help an already endangered species survive, hopefully to make a new generation of their own.

There are two female and one male pup in the litter of African Wild Dogs.  When their mother Xena had them, she showed absolutely zero interest in caring for her brood.  Xena is a very young, and inexperienced dog.  The zoo staff is saying that this could be a large part of why she didn’t act like a typical mother dog.

“In preparation for the birth, we had been monitoring Xena 24/7 by video. We knew that she was an unproven mother and wanted to be ready to intervene if necessary,” said Laura Bottaro.  Bottaro is the Animal Curator at the zoo. 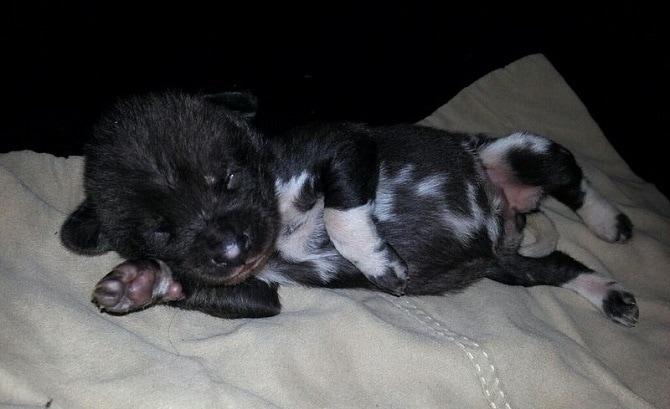 “We are hopeful that these dogs will thrive in Lilly’s care and when they reach an appropriate age for socialization we will be able to successfully reintroduce them to their pack,” said Bottaro.

As soon as it was clear that Xena simply could or would not be able to take care of her pups, staff at the zoo began an immediate search for a surrogate.  Every single option they could think of was exhausted.  Calls were placed to friends and family members who had dogs, rescue groups were contacted, and every animal shelter possible.  Not only did they need a domestic dog that was lactating, but she’d also have to accept the pups as her own, of which there is no guarantee at all.

Apparently, as fate would have it, Lilly came to the rescue.  Not only was Lilly a rescued dog, but also a search and rescue dog that had recently retired.  She had just given birth to a single puppy herself, and met every single requirement there was to be the perfect stand in mom.

Lilly was introduced to the three African Wild Dogs, and nothing else needed to be done.  Lilly’s acceptance of the three was almost instant, and her own pup was just fine with everything as well.

African Wild Dogs are critically endangered.  Current censuses numbers place populations of African Wild Dogs, also known as Painted Dogs, somewhere between 3,000 and 5,000.  Habitat destruction, increases in the building of freeways and more and more cars being on them has led to a seep uptick in the number of these dogs hit by them.  Sometimes they’re poisoned intentionally or ensnared and kept as pets.  If they don’t work out as pets, they’re commonly killed off.

Now, thanks to Lilly and the amazing staff at the zoo, these three pups have a very good chance at survival and maybe even spawning a new generation of African Wild Dogs.  Way to go Lilly!  You are a truly heroic dog.  Search and rescue dog, rescued from the streets, and a top notch mom.  An example to dogs everywhere. 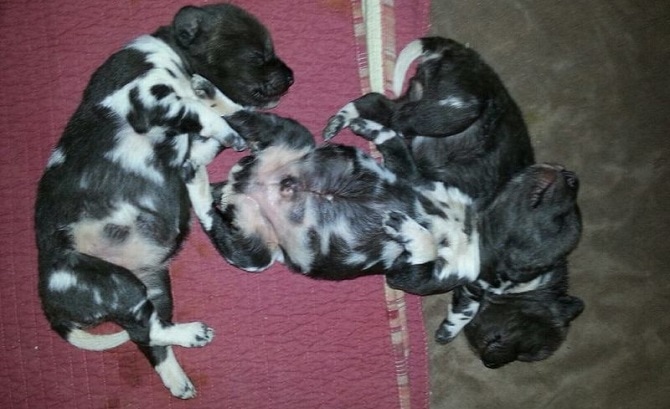