Izzy is a senior citizen herself, but it’s neither her cataracts, nor her hearing loss, nor her gray hair that makes her welcome at Tennessee senior living community Brookdale Kingston.

The 10-year-old mixed-breed dog came to live here last fall with her owner and naturally, was a huge hit among the community’s residents.

“[Her owner’s] apartment was two doors down from my office and Izzy would frequently come to see me,” Lesa Fuller, Brookdale Kingston’s sales and marketing manager, told CBS affiliate WVLT.

When her dad passed away and his friends and family were unable to take her, the senior living community decided they couldn’t bear to lose Izzy, too. “We realized her home was here with us and so she has stayed,” Fuller said. 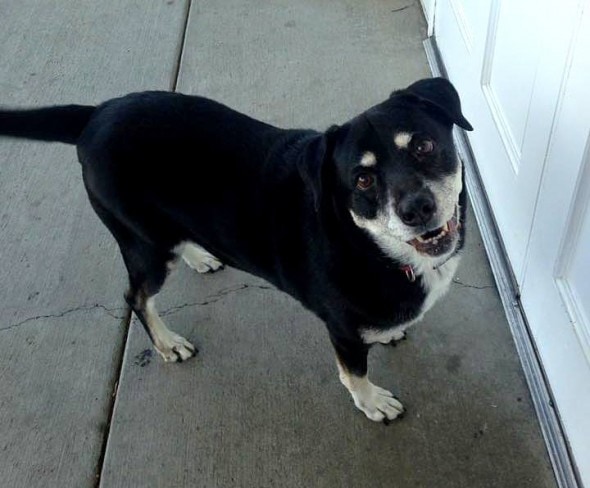 Izzy now serves as the front-door greeter and regularly attends social events. She’s even formed special friendships with some of the residents.

“She is part of the family here now,” said Fuller. “The residents always want to know where Izzy is and what she’s doing. There’s never a shortage of people to pet her.”

If there’s no visitor around the greet, Izzy enjoys lots of social activity, joining residents at parties and gatherings and has even reached a bit of celebrity status on the community’s Facebook page. “We even have people from outside our community asking about Izzy,” Fuller said.

The only downside to Izzy’s popularity: weight watching!

“She got so many treats over the holidays that she didn’t feel well for a few days. But she’s back to being herself now.”