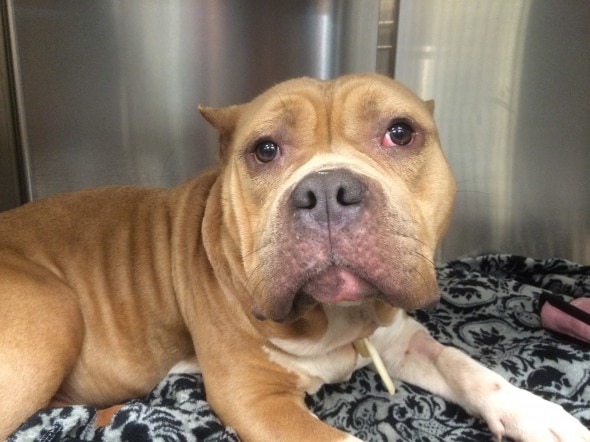 A severely neglected dog was rescued in Settle last week. Now a $5,000 reward is being offered for information leading to the identification, arrest and conviction of the person or persons responsible for the dog’s abuse.

On Thursday February 20th a dog was found in West Seattle with a severely embedded collar. The dog was so frightened it took rescuers 20 minutes of coaxing to bring the dog out of hiding. The collar had become so embedded in the dog’s neck that it was not visible and had to be surgically removed.

The dog is now safely in the care of Seattle Animal Shelter and now authorities want to know who is responsible for this act of neglect and cruelty.

“Neglecting an animal to the point that no one loosens a collar that is literally cutting into the flesh of the animal’s neck is unconscionable and a clear violation of our state’s animal cruelty statutes,” said Dan Paul, Washington State Director for the Humane Society of the United States.

1 thought on “Reward Offered for Information about Neglected Dog”