A Michigan family is grieving the death of their service dog, and authorities say a $1,000 reward is being offered for information leading to the arrest of the person(s) who shot it in their driveway.

Brooke Wilbanks told reporters she let her service dog, Sensi, outside for a bathroom break and after a half hour had passed, the family went looking for her and found her dead in the driveway. Someone had shot her in the head. 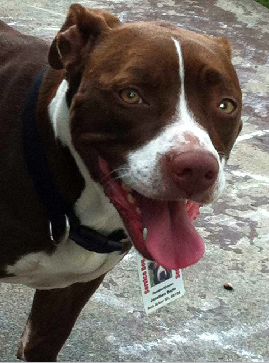 “We have a 2 1/2 year old, and Sensi is his emotional support animal,” said Brooke’s fiancee Jonathan Doyle. “I guess the saddest part of it is she’s firearm trained, so she’s trained not to react to a gunshot, she sits. She was looking into the eyes of whoever shot her. I had to close her eyes.”

As if that were not sad enough, consider that Sensi would have been 3 years old today – and share this with anyone you know in the area. Anyone with knowledge of the incident is asked to contact the Midland County Sheriff’s department at 989-839-4600.

37 thoughts on “Reward Offered in Case of Murdered Service Dog”