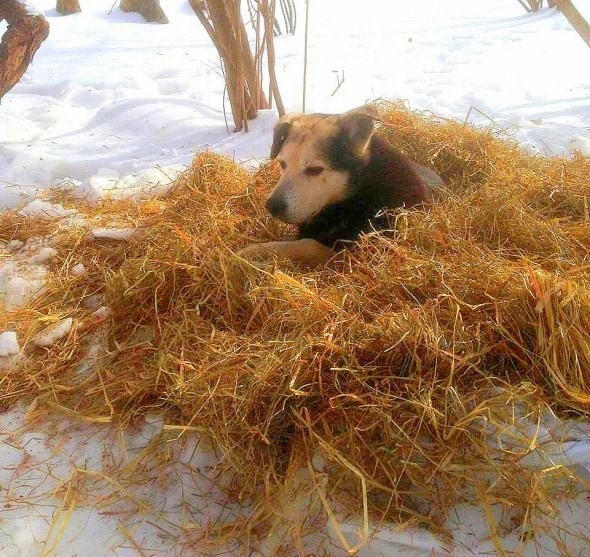 Do you remember Ricky-Charlie?  He’s the feral dog who spent 10 years living in a New York City park.  Many neighbors fed him, and one woman slept in the park for two nights during the winter to earn his trust and catch him.  She was unsuccessful, but the next day others had better luck.  They caught him and now Ricky-Charlie is adapting to indoor life in his forever home.

Ricky was in a mood to mingle…

Ricky-Charlie, who was called Ricky by some and Charlie by others, was given a cancer diagnosis when he was staying at the clinic for treatment.  It wasn’t made clear on his fundraiser page exactly what he was battling, but there was a reference to his being neutered helping, so it is likely that he had testicular cancer. 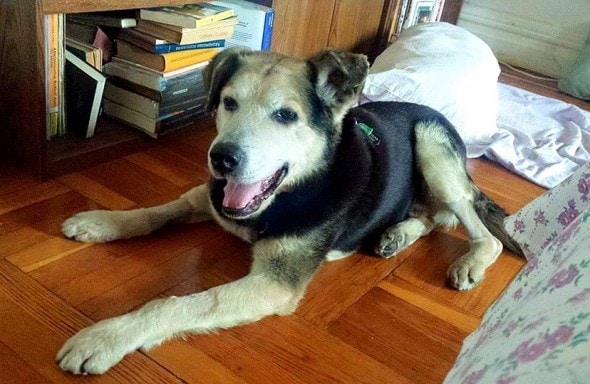 Some days are challenging, because he escapes and heads back towards his former digs in the park.  He is still very much an outside dog, and gets about four walks per day.  If he doesn’t get to go to the park, he will lie down on the sidewalk, and Tiina, Yuliya, Yelena, or whoever is walking must lift him up and carry him home.  He enjoys demolishing dog beds, leashes, wooden baskets, and flooring. But he is loved by many, and every day he seems to reveal a bit more of his quirky and endearing personality to the caring neighbors who still visit with him.  Here’s a video of his strange reaction to Tiina’s raincoat:

TGIF… Look at this silly boy trying to save Tiina from the raincoat that Ricky probably thought attacked her?))))) So…

How would you explain his behavior with the raincoat?  Is he scared of it?  Is it comforting?  Is he just being a goofball?