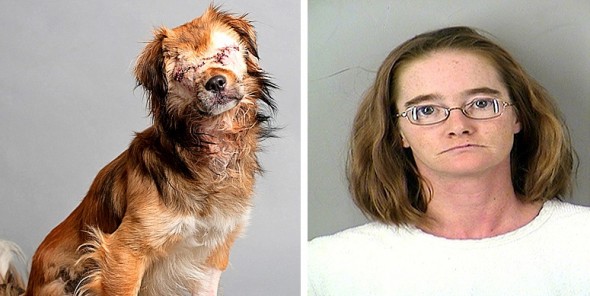 A month ago we told you about Roadrunner, a Tibetan Spaniel who survived two murder attempts by his sadistic owner, which caused him to lose his eyes.  But this dog had an amazing will to live, and is now recovering as his former owner has been charged with felony animal abuse.

This poor pup was strangled and beaten before being chucked off a third floor balcony and left for dead.  It is amazing he survived all of that, but the injuries he sustained were so severe that his eyes had to be removed.

However, this has not stopped Roadrunner from living life to its fullest.  Since being taken in and cared for by KC Pet Project, he has been recovering in a foster home, where he is receiving lots of love and care – likely for the first time in his life.

Meanwhile, his abuser, Kimberly Anderson, has been arrested and charged with felony animal abuse and misdemeanor animal abandonment.

“Acts of violence against a defenseless creature should be met with serious consequences,” said Jackson County Prosecutor Jean Peters Baker. 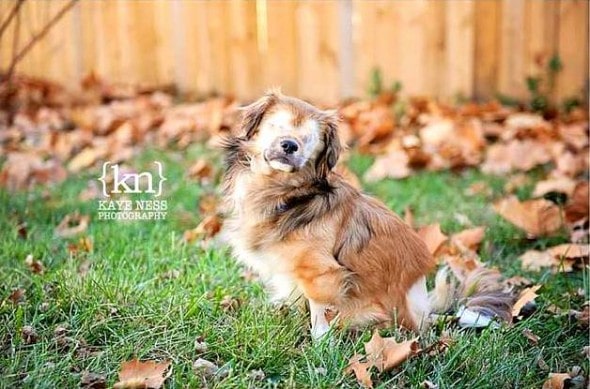 Baker’s office has asked for a $20,000 bond, and requests that Anderson have no contact with or own any animals, meaning that any pets in her possession would have to be surrendered, a condition that her fiancé, Darrell Doron, is fighting.

When Anderson was arrested on November 14th, she denied abuse allegations, and claimed that her dog ran out of her apartment and she could not catch him.  She said she saw him get hit by a car and left him on the road.  But witnesses say they saw Anderson wrap a leash around the dog’s neck, drag him outside, and pick him up and slam him down on concrete.  She was also said to have choked and kicked him.

A metal plate has been inserted into one of his hind legs, his broken pelvis has healed, and according to his foster family, Roadrunner is doing quite well. 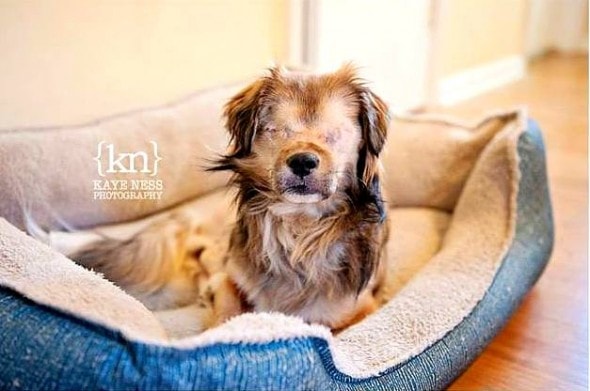