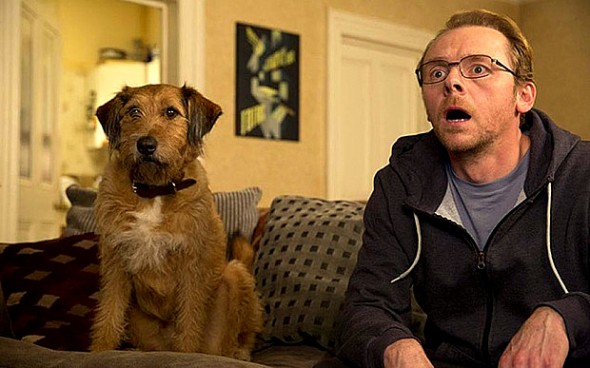 Robin Williams will be bringing smiles to our faces in theaters one last time this summer; he’ll be playing Simon Pegg’s talking dog Dennis in the comedy Absolutely Anything.

Pegg stars as Neil Clarke, a teacher entrusted with absolute power.  Unbeknownst to him, it is duty it is to save the world from annihilation by aliens, who are voiced by Monty Python members Terry Gilliam, John Cleese, Eric Idle, Michael Palin, and Terry Jones.  Jones also co-writes and directs. 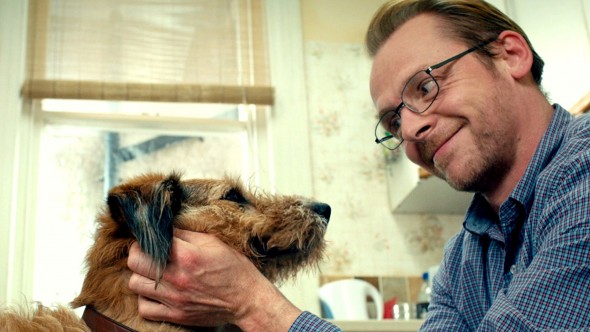 He wrote the script about 20 years ago, but put plans for production on the backburner when Bruce Almighty came out.  But the timing was good; when the film finally could begin being made, Robin Williams was more than happy to hop on board.  Jones explains:

“I came to LA to receive an award. Robin Williams was sitting in the front row and I asked him, would you play Dennis the Dog? I’d met him before a couple of times at Terry Gilliam’s dinners. I sent him the script and he said, ‘Let’s get this baby made!’”

Jones believes that Dennis the dog will be adored by viewers. 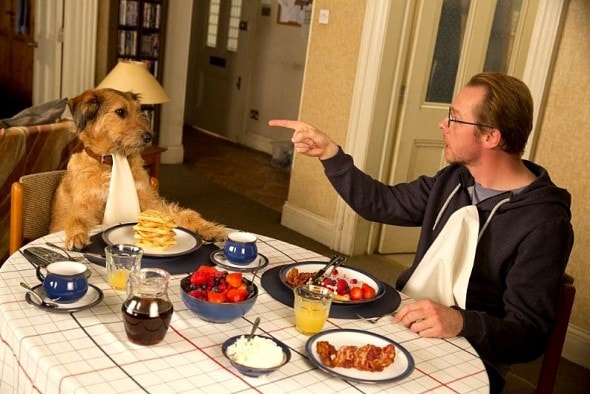 “I think he’s going to steal the show,” he said. “We’ve got a real dog, Mojo, who is very obedient, and a wonderful dog, a mongrel, but CGI work will be done. Simon Pegg is a big dog fan, and [he] and Mojo get on very well. Before Douglas Adams died (author of The Hitchhiker’s Guide to the Galaxy), he looked over the script and he said that Dennis the Dog’s scenes were the funniest scenes.”

Also starring in the film are Kate Beckinsale, Eddie Izzard, and Joanna Lumley.  Absolutely Anything premieres in UK theaters on August 14th.