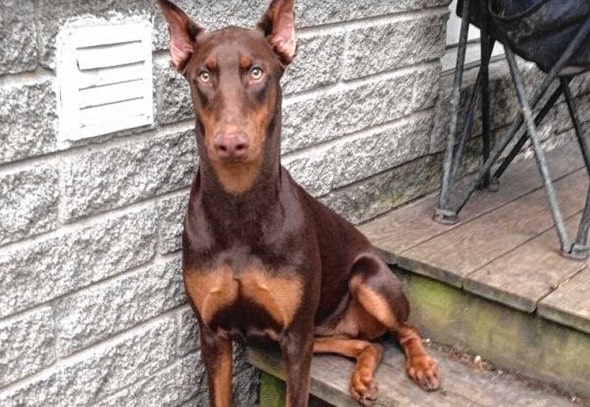 Nate Ferrington is very passionate about rock climbing.  He’s also very, very good at it.  Thanks to his skills, a dog trapped in a deep crevice is now safely out and doing well.

It’s also pretty handy that Nate isn’t a very large guy.  Given his rock climbing expertise, and the fact the he would actually be able to fit in that tiny but deep crevice, he was totally the man for the job.

A group of firefighters spend over five hours trying to rescue the trapped dog.  Unfortunately, they weren’t able to do much for poor Remy.  Remy is a one-and-a-half-year-old doberman.  She slipped into the small fissure while out on a walk sometime around 6:30PM on Monday.

Melissa Fadden was an employee from The Veterinary Center of CNY, in DeWitt, New York who was also at the scene.  Melissa knew Nate, so she decided to give him a text.  She figured with his love of rock climbing he would have the gear to help, and he’s the only person she could think of that would actually be able to fit in the tiny space.

The second Nate arrived on scene, he flew straight past all of the rescue trucks and news vans, got on a snowmobile and quickly rode down the trail where Remy was trapped.  He geared up with all haste, and began to prepare the ropes that he’d need for the rescue.  After securing a rope around a very large tree for an anchor, he began his descent.

It was also raining at the time, and the rock face was very slick, and in spots all but completely iced over.  This was not an adventure for any amature, that’s for sure.

Nate had later said, “It was a pretty miserable situation.” 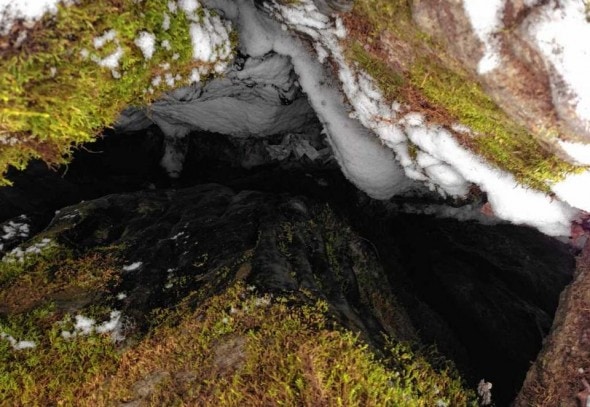 On his first attempt, he was wearing too much in the way of gear, and even though he’s a smaller guy, he still didn’t fit far enough down to rescue Remy.  So he came back up, and switched tactics.

Nate was unable at first glance to see if Remy was still alive.  She was covered in snow and ice, and he couldn’t make out if she was even breathing down there.  He was very worried, and quickly got rid of anything that wasn’t 100% necessary for another descent.

It took Nate and the other crew members five descent attempts to get Remy out, but finally, she was freed.  Now, she needed medical attention, and fast.

The time was roughly 1:45AM before Remy was out of the crevice.  That means she spent more than seven hours stuck down there, in the freezing, wet cold.  She wasn’t moving, and had stopped making any noises at all.  Nate was very worried.

Jamesville firefighters got her into a rescue truck, and sped off to the veterinary hospital.  They gave her oxygen and thermal blankets on the way.  She was alive, but just barely.

In the end, Remy suffered some bumps, bruises and scrapes, and of course hypothermia.  There was some concern that the cold and hypothermia may have caused some neurological damage, so Remy stayed at the hospital overnight to be sure, but left with her human Keanna Rose.

Nate has done quite a few climbs and descents in his day.  He is a very avid climber, and has run into many situations while climbing.  This however he says was the first time he’d been called in to do something like this.

“This one was unique,” said Nate.  “I’m glad I could do something to help.” 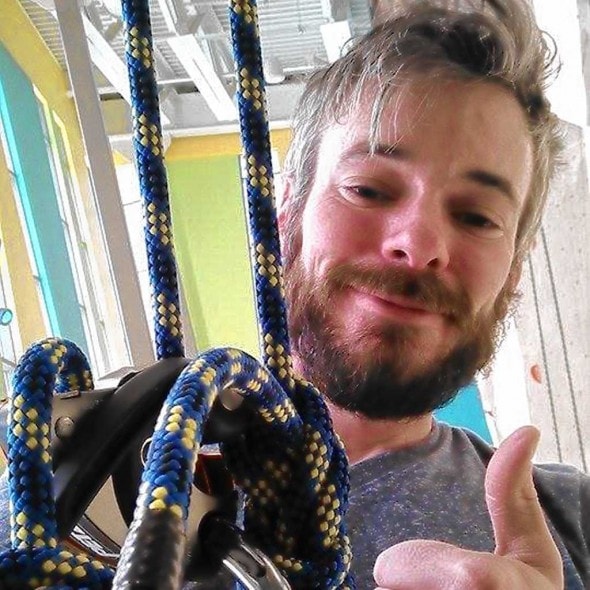