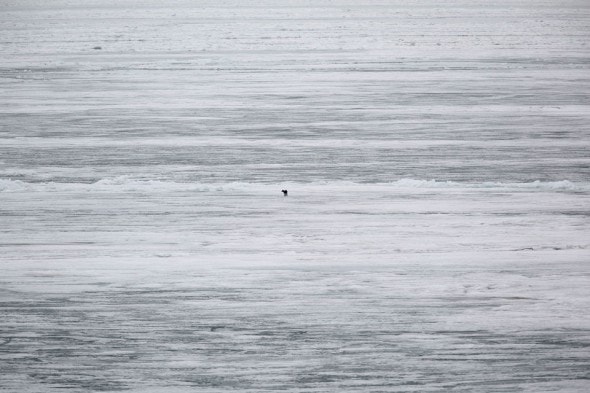 A dog was discovered wandering out on some ice floating in Lake Erie near Bay Village, Ohio.  She had been stuck out on the ice for two days before being rescued, but now has been safely returned to her human family.

Kimberly the dog was eventually pulled off the ice by airboat around 5PM on March 20th.  A local news station caught wind of Kimberly’s predicament, and got a hold of the Sandusky, Ohio based Air 1 Airboats.  WKYC Channel 3 News got Air 1 to take rescuers and reporter Mike O’Mara out to recover Kimberly. 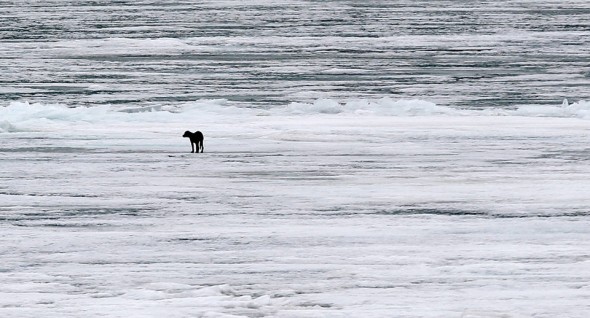 “What an amazing day,” said O’Mara.  “I’m a sucker for this stuff, so is the airboat captain.”

When first spotted, the question became how to rescue Kimberly safely, and not put human lives in danger as well.  The U.S. Coast Guard made a rescue attempt, but ultimately failed.  The ice was simply too thin to be safe for dog or man, let alone both. 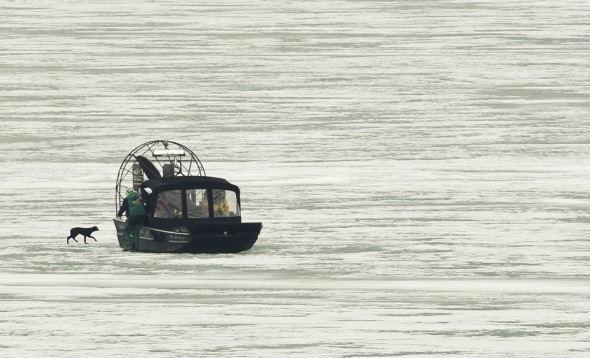 Joe Pritchard, Kimberly’s human dad, is very happy to have her back.  He says that she escaped late Sunday afternoon, and was nowhere to be found.

“Obviously I’m very happy that she was found,” said Pritchard.

Kimberly was badly in need of food, but was otherwise totally fine.  The family is happy to just have her back home with them. 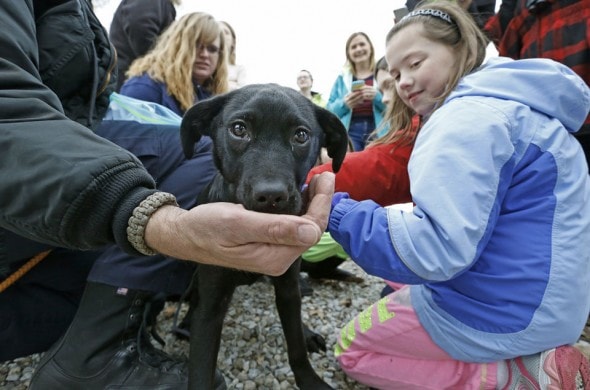