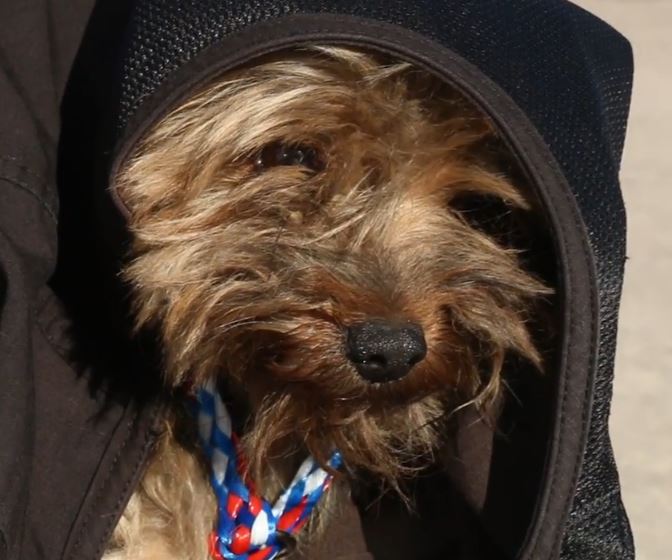 A Detroit, Michigan business had been having problems with a fox or coyote and wanted to safely remove the animal from their premises. After several failed attempts with different types of bait in a live trap, they decided to try a ham sandwich.

You can imagine the workers’ surprise when they got to the office in the morning and instead of a fox or coyote, they found Roland, a 6-year-old Yorkie, patiently waiting for someone to let him out.

MHS rescued Roland, who remained frightened for a while, then set about getting him healthy and either sending him back home or, if that was not possible, finding him a new home.

At the shelter, Roland was vaccinated, scanned for a microchip and seen by an MHS veterinarian. After some time recovering from and upper respiratory infection, Roland was finally able to find his new home.

In Roland’s case, getting caught in a trap turned out to be a lucky break.