A Colorado Sheriff’s deputy pulled over a vehicle for failure to signal at an intersection.  The car was uninsured, and while running on check on its occupants, Deputy Donnellon discovered that the dog inside was stolen.  Now it has been returned to its incredibly grateful family.

According to the Adams County Sheriff’s Office:

If I ask you nicely…

On Saturday, July 5th Deputy Donnellon was patrolling in the town of Bennett when he saw a driver of car fail to use his turn signal before turning at the intersection of Colfax Avenue and McKinley Drive. Deputy Donnellon observed additional violations and he initiated a traffic stop on the vehicle. 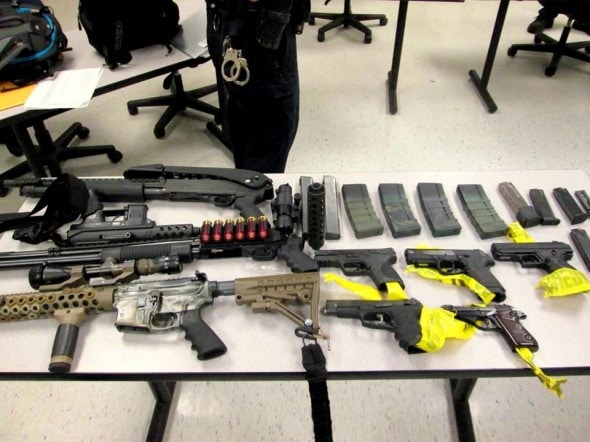 Deputy Donnellon asked the driver to step out of the car for further investigative purposes. While talking to the driver Deputy Donnellon told the driver he was going to tow the car because it didn’t have insurance, and that the vehicle would be searched at the time of the tow. The driver politely requested that Deputy Donnellon not search the car because he didn’t want to get in trouble for the drugs and guns inside the car. At that time all the occupants were secured from the car, and Deputy Gambrell with his K9 Banshee responded to the scene to assist with the search. Banshee positively alerted to drugs in the car during his sniff around the outside of the car.

A search of the car revealed almost five ounces of methamphetamine, two grams of heroin, five handguns, one of which was stolen, and three long guns.

The stolen dog was returned to its owner, and all of the occupants were taken into custody for further investigation. 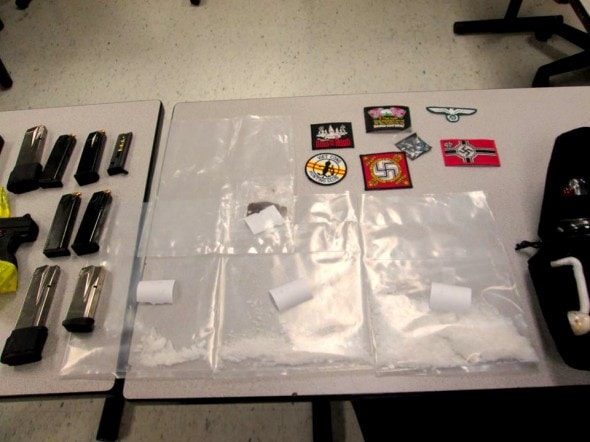