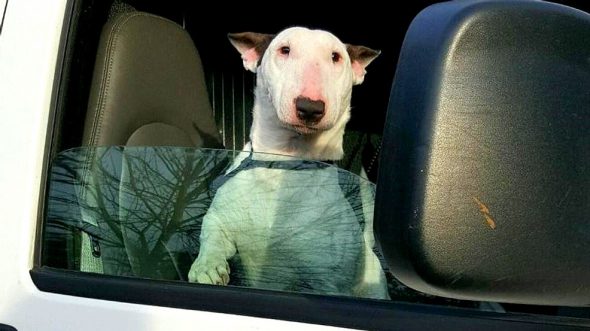 When Amaya ran away from home for a day of adventure, she figured the best way to do that would be to hang out with a bunch of kids.  So she snuck onto a school bus, but once she got to school she was put in “detention” so her parents could be found to come pick her up.

On Wednesday morning, students on a Vancouver, Washington bus were surprised to be sharing their seats with an adorable, four-legged fugitive on their way to Shalala Middle School.

“Sounds like she had a nice little ride,” Clark County Animal Control Officer Trish Kraff told KATU 2. “At some point the driver noticed, but still had to get the kids to school.” 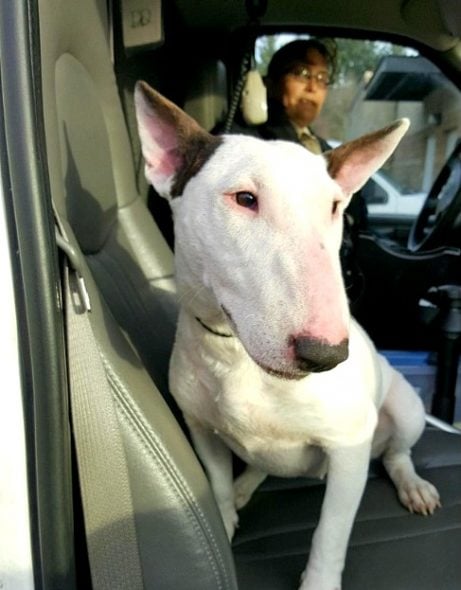 Once they arrived, a janitor put Amaya in a bathroom for safekeeping, and someone at the school called animal control.

“She’s a sweetheart. She didn’t have an ID tag, so I took her to the Humane Society for Southwest Washington for doggie detention,” Kraff joked.

Not long after, Amaya’s owner called animal control to report her missing from home, which is only a few blocks from the school.  They were soon reunited.

“Hopefully we won’t have to pick her up at school again. But if we do, we’ll know where she lives,” Kraff concluded.