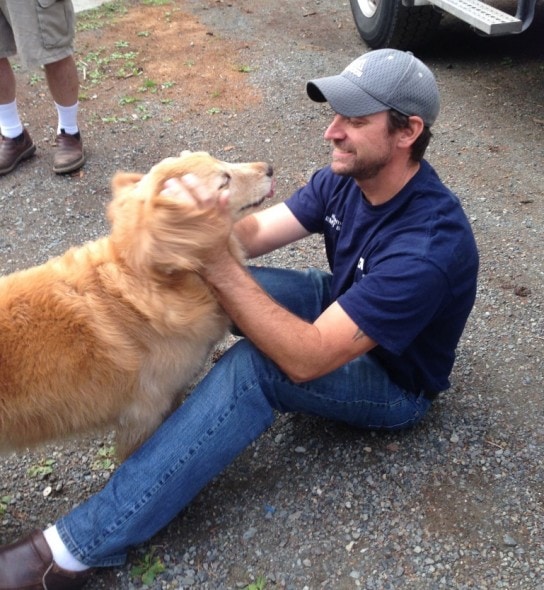 Checkers, a search and rescue dog who looked for victims of the Oso, Washington mudslide, could have used a search dog of her own when she went missing on Thursday.  Fortunately, she was found on Friday, swimming in a nearby pool.

A resident in Snohomish County saw a dog swimming in her pool on Friday.  The next morning while surfing the internet, she saw reports of the missing dog.  Her husband went outside and called out to Checkers, and sure enough she came running from the woods. 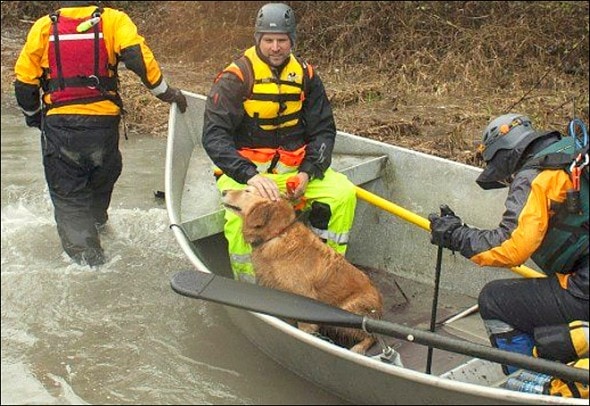 She was reunited with her owner and handler, Samuel Peterson, around 9 that morning.  Checkers had been staying with Peterson’s father on Thursday afternoon, and five minutes after letting her outside, she was gone.

“I don’t think she would wander off. It’s possible, but she’s a very pretty dog, she’s very social.  It could have been that someone snagged her,” Peterson said.

Whatever the case, Checkers is now home safe and sound, where she belongs.