Update (5/7/2012):  Mia has found a home. The reaction to her story was astounding, and as you will see, your efforts to find her a better life have paid off. Thank you for another save.  – editor

Life With Dogs, here it is, the long awaited update on my sister’s Chocolate Lab Mia.

After your blog posting, I received literally HUNDREDS of emails from well wishers and those interested in Mia. Not being an animal rescue pro, I had no idea where to start. But by being excessively picky, and with the advice from some rescues and animal transporters, I was able to narrow the candidates to a handful of local potentials.

The family I ended up choosing contacted me after receiving emails from two unrelated people proclaiming they had found a perfect dog for them. After a few back and forth emails, I realized that this family had somehow met ALL of my ridiculous requirements, and they had a story of dog ownership that swayed my decision as well.

A few years ago Cindy and her family lost their 18-year-old Husky to old age. They had raised him alongside their own son, so losing him was like losing family. Because of this, it took them 5 years before they were ready for a new dog. When they saw Mia’s story, they immediately knew she was the one.

After a fantastic first visit, we all decided that this was a great match. Mia would get the love and attention she deserved, and Cindy and her family would have another great addition to the pack.

It has been a week since Mia has moved in with them, and things have been nothing short of amazing. I recently received the following email and pictures from Mia’s new family proving I made the right choice:

“Dear Brad: Just a quick note to say how wonderful Mia has been! She truly is a sweetheart. It’s only been a week, but she has adjusted to our family better than we expected. Such a loyal dog! 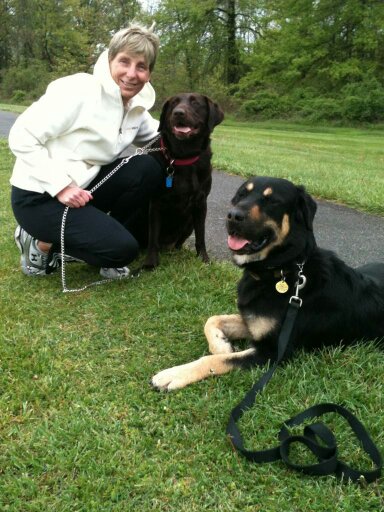 She loves her walks for sure! All we have to do is get the leash, and she’s at the front door. She met some new friends, who we walk with, so she is getting her workouts in! Thank you so much for giving her a second chance, and more importantly, thank you for such a sweet, precious dog. 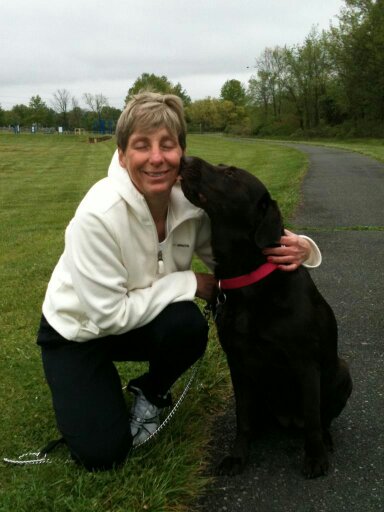 She is truly so loving, loyal and just a love. We love how much of a big lover she is! I promise to stay in touch, send you updates. So grateful to have her as a part of out family.  -Cindy”

And I am forever grateful to you and LWD for helping me find my furry niece a home deserving of her. Thank you.

We received the following message from a friend last night. Please share this before a good dog ends up in the classifieds. My sister just had her third kid in three years. Before they had children, they had a chocolate lab for three years that they had brought home as a puppy.

In between kid one and kid two, they also got an American bulldog. Shortly after kid two they go rid of him, because he was not well behaved around the kids. They didn’t understand how to deal with a bully breed IMO,  but the dog did give sideways looks to the kids with a few growls, and I guess as a parent you take no chances. 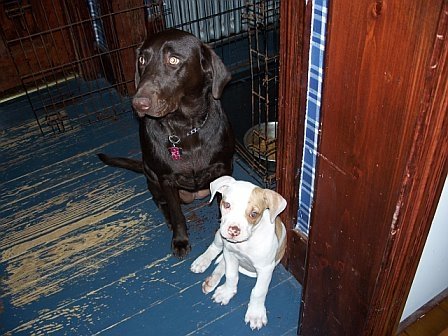 Well child three is now in the picture, and all of a sudden this 6 year old Chocolate Lab that LITERALLY wants nothing but to have some attention is ignored, locked in the kitchen alone or left outside all day. The poor girl gets so excited if you even look her way, let alone pet her or play with her toys with her. She lays on her bed next to you and craves just being near you.

My sister has recently told my parents that she is going to put her on Craigslist free to good home. She also said not to tell me because she knows I will be pissed. I have taken it upon myself to try and find a perfect home for her.

She deserves it. She’s been with my sister through good and bad. My sister has forgotten all of that. The rest of the family loves the dog, but none of us can take her.

Any direction you can give me would be great. I don’t want her to go to a rescue…she needs to be sent directly to a forever home with someone that wants to be spoiled and wants to spoil back. I am in PA an hour or so north of Philly.

Glucosamine for Your Dog
Ear Infections in Dogs
Pro Pac
Melatonin for Your Dog
Killing Flees with Diatomaceous Earth Powder
Iams
How to Raise a Puppy: Recommendations from a Vet
Top Dog Foods for Golden Retrievers