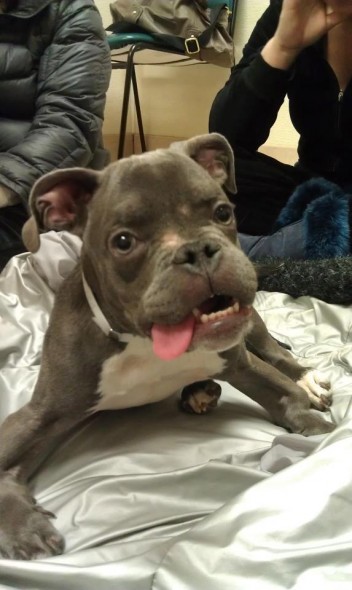 At first glance, Sassy seemed like she didn’t have a chance.  She was surrendered to the Manhattan kill shelter with obvious physical deformities and indeterminate health issues, probably the result of basement breeding.  She was 5 months old, pit bull pup, and anything but typical.

When Sassy’s rescuer picked her up, neither of them had any idea what was in store for them.  With Sassy wheezing, they headed straight to an animal hospital where the pup was admitted for a battery of tests.  It turned out to be worse than suspected; she was riddled with congenital deformities on the inside, her trachea never developed properly, her sternum doesn’t lie where it’s supposed to, and she had a heart valve problem.  And because there were so many issues, surgery was not an option.

Incredibly the little dog had already won the hearts of her rescuers and shown her fighting spirit.  There was nothing to do but give her all the love in the world and a happy home, so that is what they did.  Sassy has a dog’s life now, she runs and jumps and plays as much as she can.  She sleeps in a bed with her toys, and despite her health conditions she seems not to have a care in the world.  She knows she is loved. 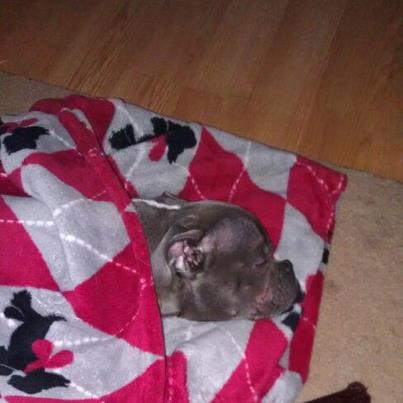 Sassy’s new parents have no regrets, and say this “She possesses traits that many humans don’t have, she does not judge, does not hold grudges – Sassy lives and breathes unconditional love. Her physical ailments and limitations do not take away from what she’s able to feel and show. Sassy will live out her days, however many they may be, being taught the value of friendship, the feeling of unconditional love, what it feels like to be wanted (and accepted) and that her imperfections just make her that much more special.”