This author, a sustainable living neophyte, received a comment from a reader the other day exclaiming that “If you don’t want to be hypocritical about what you’re doing you should get rid of your pets because they have a bigger impact on the environment than a three quarter ton all terrain vehicle.” 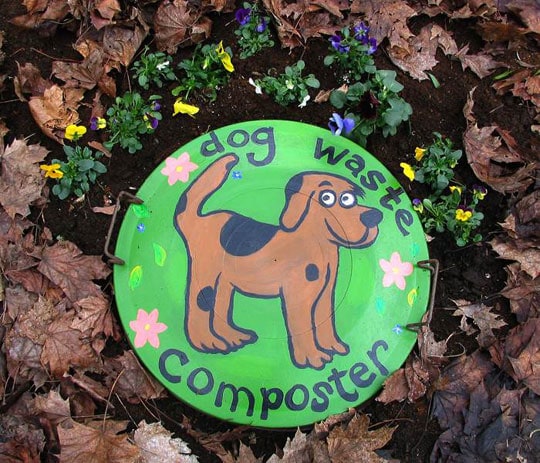 I instantly scoffed at this – Sharkey weighs in at ten pounds, how can her impact on the environment be greater than that of an SUV?  But soon my journalistic curiosity took over and I just had to research!

Keep in mind readers that cats present their own set of problems and from what I’ve read even a goldfish consumes the same amount of energy as two cell phones, but since this is a website about dogs we’ll keep the subject matter focused.

I quickly learned that this all came to a head when a book was released in 2007 (?) entitled “Time To Eat The Dog – The Real Guide To Sustainable Living.”  I’ve only read excerpts of this title, as it’s no longer readily available, but what I’ve read seems to me to neglect some very important facts about what dogs consume.  More about this further down the article.  Although there are many aspects to this subject lets examine the three key topics. 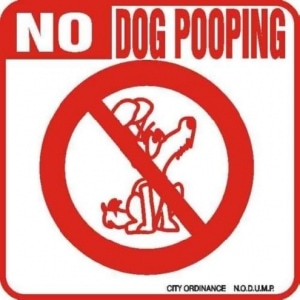 Let’s face it; dog poop is a problem whether you own big dogs or little ones.  Picking up after your dog is the responsible thing to do.  I’m manic about it because I have a dog that enjoys dining on poo, so I pick it up almost before it hits the lawn.  This is a good thing yes?  No.  The problem lies in the plastic grocery bags in which I’m gathering the poo.  Plastic bags store this by-product of beloved Fido from now into eternity.  Without oxygen the poop cannot biodegrade.  In my mind I am being a responsible pet owner and neighbor, environmentally I am contributing to the problem.

Dog waste is a real issue.  Because dogs are meat eating carnivores their waste is not good to use for compost such as horse or cow manure is.  Dog waste carries bacteria that, if consumed by humans, indirectly by using dog poop as fertilizer, is potentially lethal unless it is composted with very high heat.  According to the Environmental Protection Agency (EPA) it has been estimated that a single gram of dog waste can contain 23 million fecal coliform bacteria, which are known to cause cramps, diarrhea, intestinal illness, and serious kidney disorders in humans. This could be remedied if dogs were vegetarians, but the consequences of forcing a carnivore to become a vegetarian is harmful on the cellular level and not recommended by most.  Leaving waste to biodegrade on it’s own is wonderful if we all lived out in the woods where it would properly decompose before it met with our water sources, but in a city environment all that pavement washes it right into our streams and rivers.  I found it surprising that most city water systems are not effective when it comes to filtering out many of the bacteria found in dog waste.  When so much fecal matter gets into our rivers, streams and oceans it has a devastating effect on the natural occupants of the underwater world including sea otters, shell fish and stream fish to name a few. 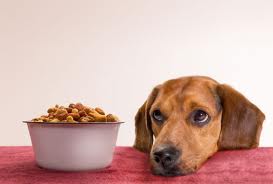 Now this is what I find the most interesting.  The argument is being made amongst the environmentalists, that it takes nearly two acres of land to produce enough food for a medium sized dog during it’s lifetime.  Also included in that argument is the use of the water it takes to grow those amber waves of grain, the harvesting, processing plants and the energy to run them, the packaging materials and, of course, the cost to ship it around the nation or the world.  In the aforementioned book by Robert and Brenda Vale of New Zealand, the carbon footprint of a pet is ‘greater than that of an SUV.’  The press worldwide went nuts with this analogy; indeed, it’s mentioned in almost every article I’ve read.  But what they fail to even suggest is the cost to the environment to manufacture the SUV, notwithstanding the fuel it runs on and the emissions it sends into our atmosphere.  It seems to me that a $50,000 SUV, by the very price tag it carries, insinuates that it costs quite a bit in resources and manufacturing to produce the final product. I don’t know about you but I haven’t spent fifty grand in all the pet food my animals have consumed since I began owning them!

In an article by Dr. Marian Nestle in The Daily Green it’s stated that according to research done by The New Scientist, the ‘facts’ found by the Vales is over-inflated by nearly twice making their figures for a pet’s carbon footprint far greater than it really is.  Dr. Nestle also makes another very valid point:

On the qualitative side: Most dogs don’t eat the same meat humans do. They eat meat by-products — the parts of food animals that we wouldn’t dream of eating. These are organs, intestines, scraps, cuttings, and other disgusting-to-humans animal parts.
Most dog food is manufactured with the icky things with which we want nothing to do.  In fact it makes me squeamish just to think of those parts of the animal, but if dogs were wild they would eat those parts regardless.  It’s not as if we’re feeding them something they wouldn’t consume even given a choice.  So to take it one step further, if dog and cat food didn’t use these animal parts left behind after we butcher the meat we eat what would we do with it all?  How would we dispose of it?  Pets are actually doing meat-eating human beings a great favor by solving this problem.  It would be a far more effective argument to worry about the meat we humans are consuming and the necessary grains to feed the animals we butcher, than to blame house pets for a problem that we, in actuality, created.  Of course, I’m one of those pet owners that buys the food made with real meat, very little grain, and supplements with food I make at home made with good quality meat that I would eat myself.  So, because I treat my pets well I am part of the problem by trying to be responsible, just like the poop issue.  Seems I can’t win. 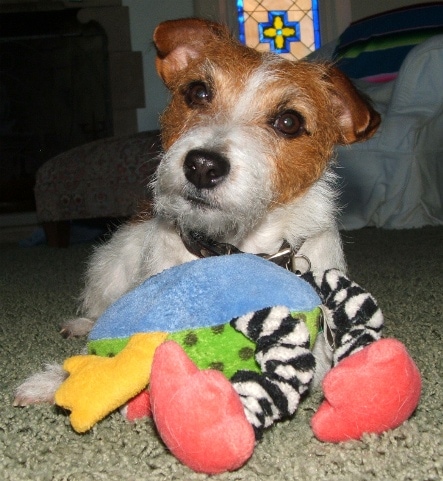 To quote part of an article by pet writer Christie Keith in an article with the San Francisco Gate:

Imported plastic toys in bright colors fill the aisles of pet supply stores pretty much the same way they fill the aisles of toy stores. Manufactured in countries where environmental regulations are lax or irregularly enforced, shipped into and all over the United States, these cheap goods usually don’t last long. The broken toys end up in the landfill and we head back out into the stores in search of yet more cheap plastic crap.

Personally I don’t think I contribute much in this regard as my dogs don’t like plastic toys.  They enjoy the stuffed ones and tug toys made from recycled polar fleece that I braid myself.  But when I think of most of my friends, their animals have plastic toys littered like land mines on their floors and can hardly take three steps without stepping on something that squeaks so loud it could induce a heart attack from unsuspecting visitors.  There are many manufacturers out there that make dog and cat toys from recycled plastic.  The smart thing to do would be to seek out toys made by those companies.  Also be aware of where the toys are made, other countries aren’t as strict with their standards as the USA as we all discovered during the pet food recall debacle not too many years ago.  Notice packaging and choose biodegradable if possible.

I read a quote from an author in The Library of Economics and Liberty in an article entitled Dogs and the Environment.  It was a short piece without fact and instantly made me angry:

I personally have nothing against dogs. But it does seem to me that environmentalism inevitably points toward a policy of extermination of pet dogs. Unless environmentalism is simply hatred of industry.  ~ Arnold Kling

Are pets taxing to our environment?  Yes.  Are there things we humans can do to mitigate that impact?  Absolutely.  Does the intrinsic value of owning a pet offset their carbon paw print?  This pet owner says “Without a doubt.”  Pets not only bring joy and companionship to billions of people world-wide, the benefits they bring regarding health, both physical and mental, the lessons they teach about kindness and humanity are beyond quantifying.  As someone who is trying to begin a life living sustainably it will present a challenge but not one that cannot be overcome.

Do I think the environmentalists will win this battle?  Not on your life.  Pets are a multi-billion dollar industry in this nation, not to mention worldwide.  The 75 million pet owners would rise up and create a revolt throughout the world unimagined thus far.  When someone has the audacity to say that environmentalism must lead to the extermination of pets in our lives I say, with all the Christmas spirit I can muster, “BAH HUMBUG!”