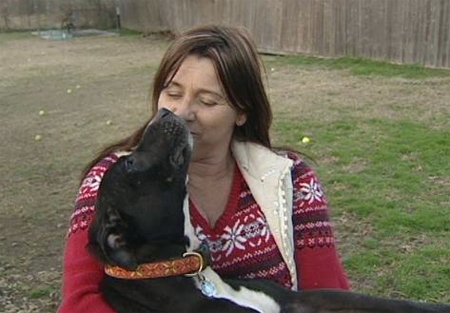 The car that struck Cole may very well have left him battered, broken and permanently disabled, but it never broke his spirit.

In fact, were it not for his physical appearance, one could be forgiven for mistaking him for the average happy, well adjusted, fun loving dog. But get to know his story, and you’ll likely come away with the impression that he leaves on everyone: Cole is anything but average.

Brimming with playfulness, enthusiasm, and an overall happiness that belies the challenges he continues to face, Cole lost a back leg after being hit by a car, and made due by hobbling on three legs until a cruel twist of fate disabled him further.

“They amputated one leg,” said Ally Kirk, an animal rescuer. “He was outside dragging around his one leg, so it was totally infected and not properly cared for, so we decided he needed to come here.” Here is Dag’s House, a Louisiana rescue group that specializes in rehabilitating disabled dogs. They made it their mission to save Cole, treating his infected paw and eventually teaching him to walk on it again.

Back on three steady legs, Cole resumed his daily routine, playing with other dogs at Dag’s House and apparently unconcerned with his missing limb. Just when it seemed that his tribulations were behind him, things again took a turn for the worse. For reasons unknown, Cole began chewing on the good back paw that remained, eventually gnawing it off. 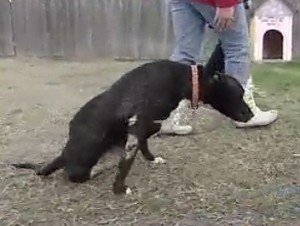 Stacy Chiasson manages Dag’s House, and worked for almost a year to rehabilitate him by training him to run and walk on the stump. “I had his whole foot all healed and he was walking on it perfectly fine,” said Chiasson. “The night before Thanksgiving, he broke his fibula. It came straight through his skin. We rushed him to the vet and he said the only thing we can do is euthanize him or amputate the leg.”

Considering all that Cole had gone through, for Stacy, euthanasia was unthinkable. “I promised God I would do everything I could to get Cole to walk,” she said. “Here we are almost two months later and he’s walking on two legs.”

To the amazement of those working at Dag’s House, Cole taught himself to walk using only his front legs. Balancing and bouncing about, his indomitable spirit driving him to seek out new adventures, Cole has become an inspiration for all who meet him. Refusing to give in to his injuries, he now spends his days running and playing with other dogs at the shelter, seemingly unaware of his handicap.

Given his lengthy and arduous journey, those who care for him could not bear the thought of him dragging himself around, and have given him a gift to celebrate his unwavering bravery: a shiny new wheelchair.