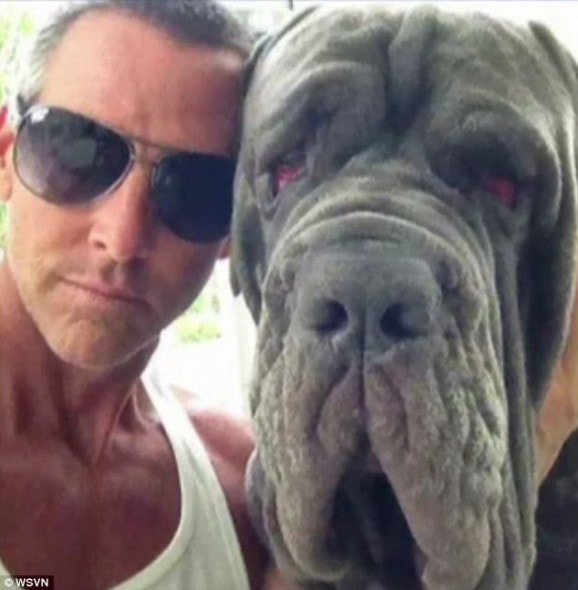 For the second time in just a few months a dog has died on a United Airlines flight. Michael Jarboe was travelling from Miami to San Francisco with his two-year-old Neopolitan Mastiff Bam Bam. Jarboe says Bam Bam was in perfect health before the flight, but when he landed he was informed by United Airlines staff that Bam Bam had passed away during travel.

United Airlines paid for an autopsy of Bam Bam, which found the cause of death to be a heart attack. The company maintains the death was not transit-related. Jarboe questioned several employees who informed him that Bam Bam was not in an air-conditioned room during the 2 hour layover the flight had in Houston. Jarboe had paid $650 for the transport of Bam Bam, which he had been led to believe included temperature control.

Jarboe saw Bam Bam on the tarmac in Houston.  “It was right under the wing. We were right there, had a direct shot, he was so hot. His tongue was hanging down.” Jarboe had never seen Bam Bam look that hot.

The airline stated, “Given the size of Bam Bam and the fact that he is a brachycephalic, meaning short nosed breed, we made the decision to bring him to our holding facility for greater comfort during his connection.” They stated their holding facilities are USDA animal-welfare approved. The airline refunded Jarboe the $650 for transporting Bam Bam and offered him additional compensation, but Jarboe refuses to accept the compensation.

Supermodel Maggie Rizer lost her golden retriever Beatrice on a United Airlines flight from New York to San Francisco only 2 months ago. Rizer had her own veterinarian perform an autopsy on Beatrice, revealing the cause of death to be heatstroke. United Airlines stands firm in that case that they kept the dog in a temperature-controlled environment for the entirety of the journey as well.