Ricky Bobby, a very overweight Australian shepherd, spent months waiting outside the boarded-up house he once lived in for his beloved owner, who was never coming back.  A neighbor who couldn’t take him in at the very least kept him fed – VERY well fed!  But now he’s been taken in by Marley’s Mutts and is with a foster family and losing weight.

“‘I wanna go fast.’ Famous words from world renowned, fictional speedster, Ricky Bobby,” reads a post from Marley’s Mutts Dog Rescue.  “If the canine Ricky Bobby could speak, his catch phrase would be ‘more spam, please.’ That sounds like joke but it’s not.” 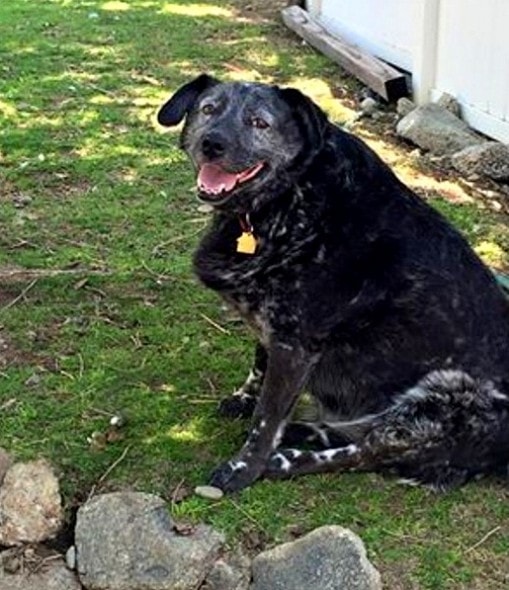 However, Ricky Bobby acquired his name because he tries to go fast, but it just doesn’t happen.  He likely hasn’t always been this size, and still tries to run like a young, thin dog.  Even though he’s 13 years old and 108 pounds, he loves going on walks at a brisk pace, and is actually in very good health.

“At first, he was very defensive, but is now starting to warm up to everybody,” media liason Amy Klein told ABC News. “There’s no thyroid problem… He’s just obese. His foster mom is taking him for long walks and giving him the correct amount of food for a good diet.” 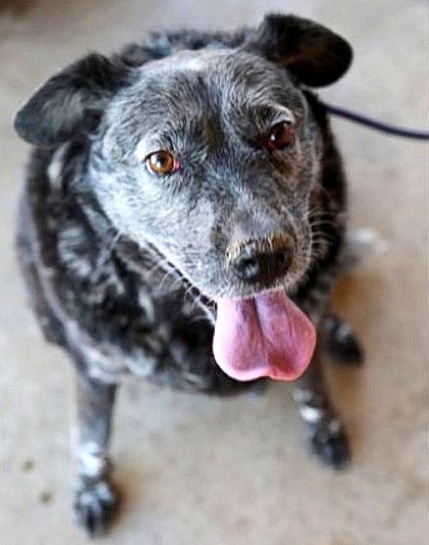 Ricky Bobby is learning how to trust people, which is something he may have never really done before.  He was a guard dog at his old house, with was in a rather unsavory area in a California town.

“Ricky has softened immeasurably since rescue and will make an absolutely wonderful pet,” Marley’s said.  “The staff at TVH love him and so does his foster fam. Our hope is that we can get him to lose about 25 pounds and see him off to a great family who will enjoy and love him for the rest of his days.”

1 thought on “Senior Dog Who Waited Months for His Deceased Owner to Come Back:  The Ballad of Ricky Bobby”