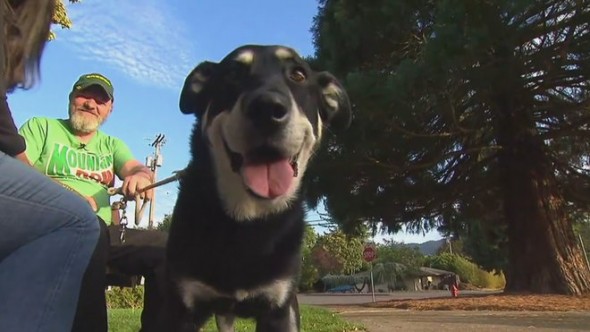 Bullet is a service dog, and was at the Umpqua Community College with his human, Sarena Moore, when she was tragically struck down by a crazed shooter.  Now, in an effort to help with the healing process, Bullet has been reunited with Moore’s fiancee, Travis Dow.

“He knows that she ain’t coming home cause he was there when the fatal day happened,” said Dow in a news interview.

Bullet was with Moore at the time of the shooting, and had been with Moore every step of the way through going to classes at the college.  When the gunman struck down nine others at the school, Bullet stayed right by More’s side the whole time, even at the risk of losing is own life. 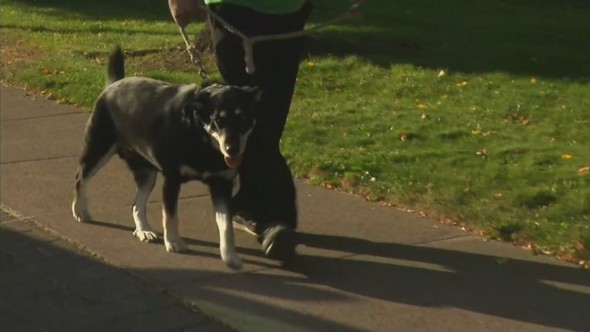 In total, the gunman killed nine people, and Moore was one of them.  The day after the shootings took place, deputies from the local county sheriff’s office brought Bullet to Dow.

“He’s been acting really droopy.  He goes to her door and lays down,” Dow said.  “Because he’s used to going in the room and sleeping in the room at night.  He was her world.  He was not only her dog, (he was) her best friend besides me.”

Even though Moore was in a wheelchair due to severe back problems, she trained Bullet (named by his previous humans) herself to be a service dog.  He was more than just a helper, he was with Moore always, as a loving and supportive friend. 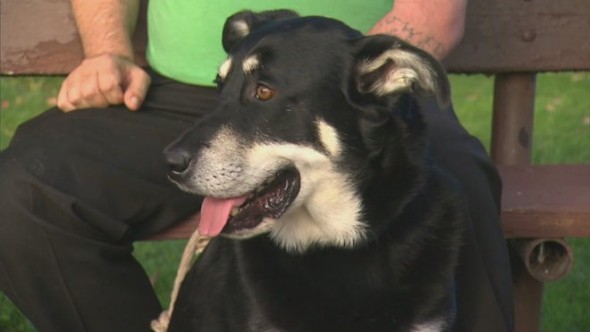 “It felt good to know he was still alive,” Dow said.  “He survived because it’s a piece of her.  Bullet became a piece of Sarena.  I was happy to get him back. I was ecstatic.”

Moore had been attending classes t the community college to obtain a business degree.  She was planning on owning and operating a ranch, dedicated to training and maintaining horses for therapy animal services. 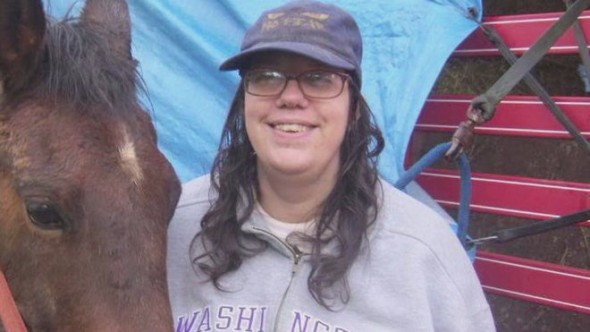