A wolf called Navarre had gotten in an icy river in Italy and exhausted himself, fruitlessly trying to get out.  He was succumbing to hypothermia, but a courageously group of people got him out of the water and brought him back to life.

Navarre was dying before the group’s eyes.  He was conscious while standing in the river, but his hind legs were nearly paralyzed from a past injury, and exhaustion and the frigid water were taking their tolls.

He was darted with a tranquilizer, and the team worked quickly to bring him to shore.  However, his body began shutting down from hypothermia, and he went into cardiac arrest. 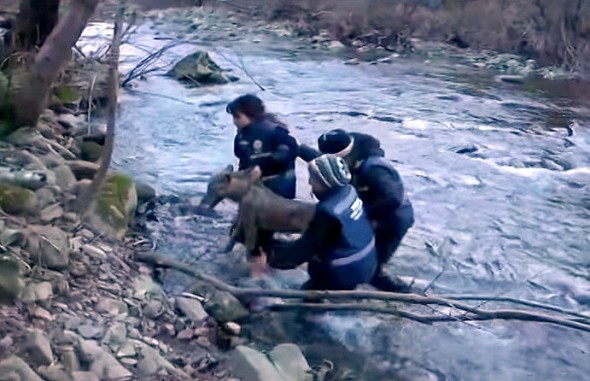 But the crew diligently performed chest compressions and mouth-to-mouth resuscitation.  After what seemed like an interminable amount of time, Navarre responded and came back to life.

He was taken to be dried off and warmed up before transport to the Mount Adonis Rescue Centre.  He spent days in intensive care, and once released from critical care, he was taken to St. Michael’s Hospital for exams and testing. 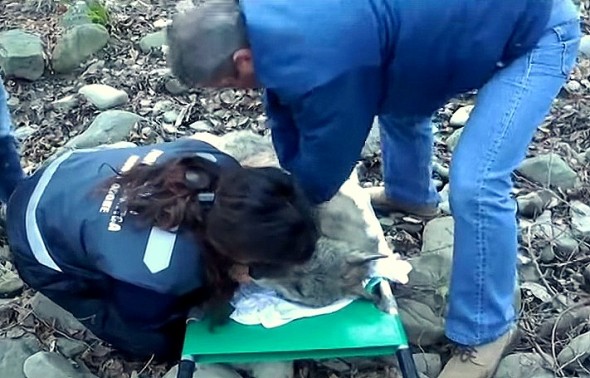 He had an infection, a hepatic disease, mange, and buckshot throughout his body.  Disc spondylitis was determined to be the cause of his hind paralysis.  Over the next two months, he responded to treatments and gained weight, even regaining use in his back legs a bit.

Sadly, four months after his rescue, Navarre suffered a “sudden malaise” and was taken into veterinary care.  His condition rapidly deteriorated and he passed away.  Though it is tragic that he did not make it, he spent the last months of his life being loved and cared for by a team who gave him a far better life than most wolves would have on their own. 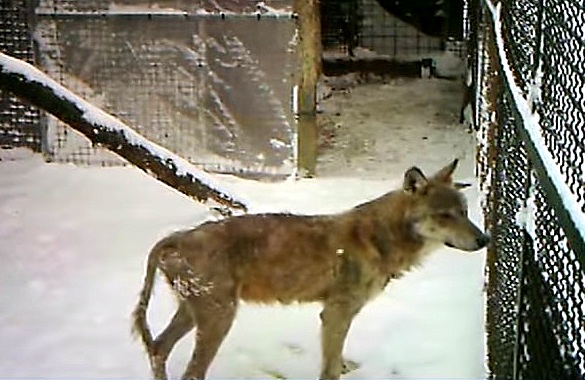